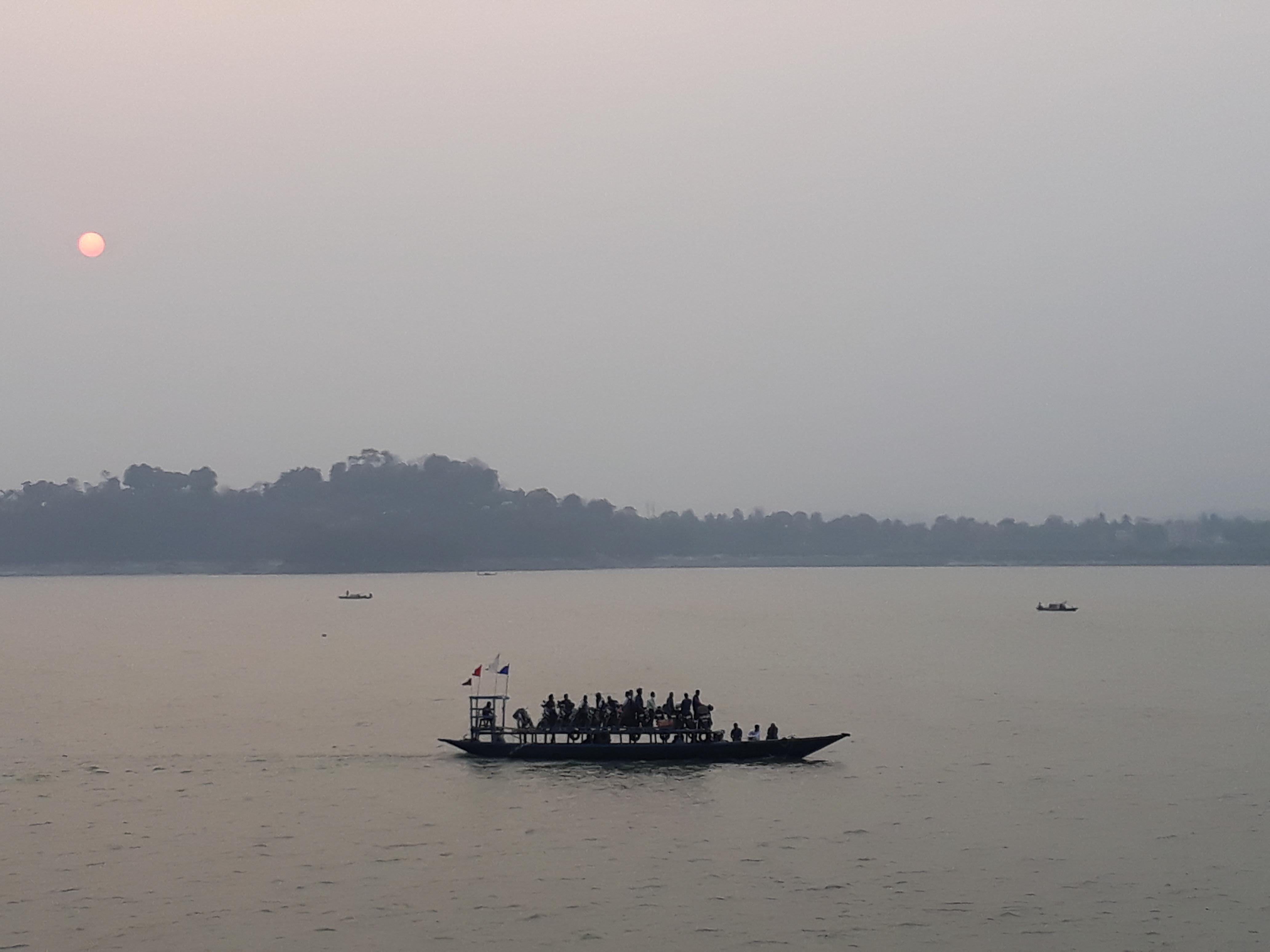 The only male river in India

The Brahmaputra is one of the major rivers of India, a trans-boundary river which flows through China, India and Bangladesh. Brahmaputra in Assam also called Tsangpo-Brahmaputra and red river of India, when it is referred to the whole river including the stretch within Tibet. The Manas River, which runs through Bhutan, joins it at Jogighopa. Brahmaputra is the ninth largest river in the world and the 15th longest. It originates from the Angsi glacier of Tibet.
Manasarovar Lake region is its origin, near the Mount Kailash, located on the northern side of the Himalayas in Burang County of Tibet as the Yarlung Tsangpo River, Brahmaputra in Assam flows along southern Tibet to break through the Himalayas in great gorges (including the Yarlung Tsangpo Grand Canyon) and into Arunachal Pradesh (India). It flows southwest through the Assam Valley as Brahmaputra, and at south through Bangladesh as Jamuna. In the vast Ganges Delta, Brahmaputra meets Padma- the popular name of the river Ganges in Bangladesh, after merging with Padma, Brahmaputra becomes the Meghna before emptying into the Bay of Bengal.
Brahmaputra in Assam is an important river used for irrigation and transportation in Assam. The average depth of the Brahmaputra river is 38 m (124 ft) and maximum depth is 120 m. Brahmaputra is prone to catastrophic flooding in the spring when the Himalayan snow melts. The average discharge of the river is about 19,800 m3/s, and floods can reach over 100,000 m3/s. Brahmaputra is also one of the few rivers in the world that exhibits a tidal bore. The Brahmaputra river drains the Himalayan east of the Indo-Nepal border, south-central portion of the Tibetan plateau above the Ganga basin, south-eastern portion of Tibet, the Patkai-Bum hills, the northern slopes of the Meghalaya hills, the Assam plains, and the northern portion of Bangladesh. Kangchenjunga is the only peak above 8,000 m, hence is the highest point within the Brahmaputra.
The Brahmaputra's upper course was long unknown, and its identity with the Yarlung Tsangpo was only established by exploration in 1884–86. While most rivers on the Indian subcontinent have female names, this river has a rare male name. Brahmaputra means "son of Brahma" in Sanskrit (putra means "son").