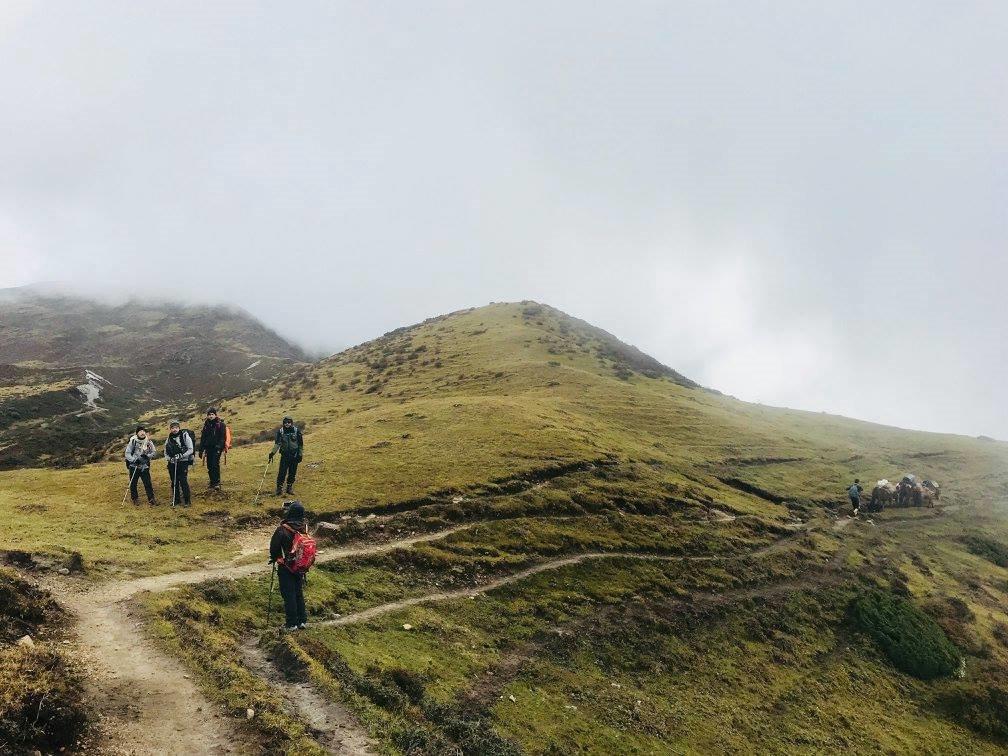 The Trek to Goechala is one of the most famous treks in the world. Starting from Sikkim, a tiny Himalayan state in Northeast India, the trek takes 10-11 days. You begin your trek from Yuksom, a tiny hamlet in West Sikkim – also historically important as the place where the first Chogyal (King) of Sikkim was crowned.

Walking through winding paths and rugged terrains and passing through many village, first you reach Dzongri Top (the Dzongri Trek is another trek of its own) from where you get a panoramic view of majestic Himalayan peaks. 2 days later you reach Goechala – the closest you will get to Mt. Khangchendzonga, the 3rd highest mountain in the world and also Sikkim’s guardian deity. Mountaineering is banned on sacred peaks in Sikkim and this trek is the best thing you can find to get close to it.

Trekking In The Hills

On The Way To Goechala