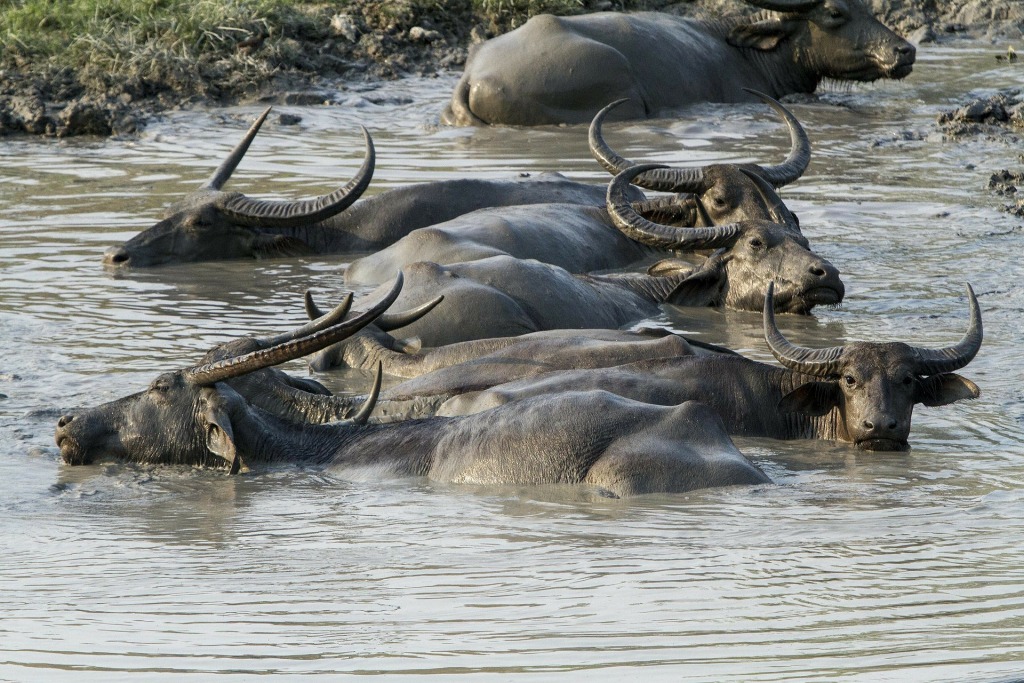 Observation towers are situated at Sohola, Mihimukh, Kathpara, Foliamari, and Harmoti for wildlife viewing, which is quite delightful. The Lower Himalayan peaks frame the Kaziranga National Park’s landscape comprising trees and grass, which are interspersed with numerous ponds.

Four tourist lodges at Kohora and three tourist lodges outside the Kaziranga National Park are maintained by the Department of Environment and Forests, Government of Assam. Private resorts are also available outside the park borders.

The recently set up of Kaziranga National Orchid and Biodiversity Park established at Durgapur village is the latest attraction to the tourists. It houses more than 500 species of orchids, 132 varieties of sort of sour fruits and leafy vegetables, 12 species of cane, 46 species of bamboo, and a very large variety of local fishes.

An interpretation centre is being set up at the Bagori range of Kaziranga National Park to help visitors essentially learn much more about the National Park.