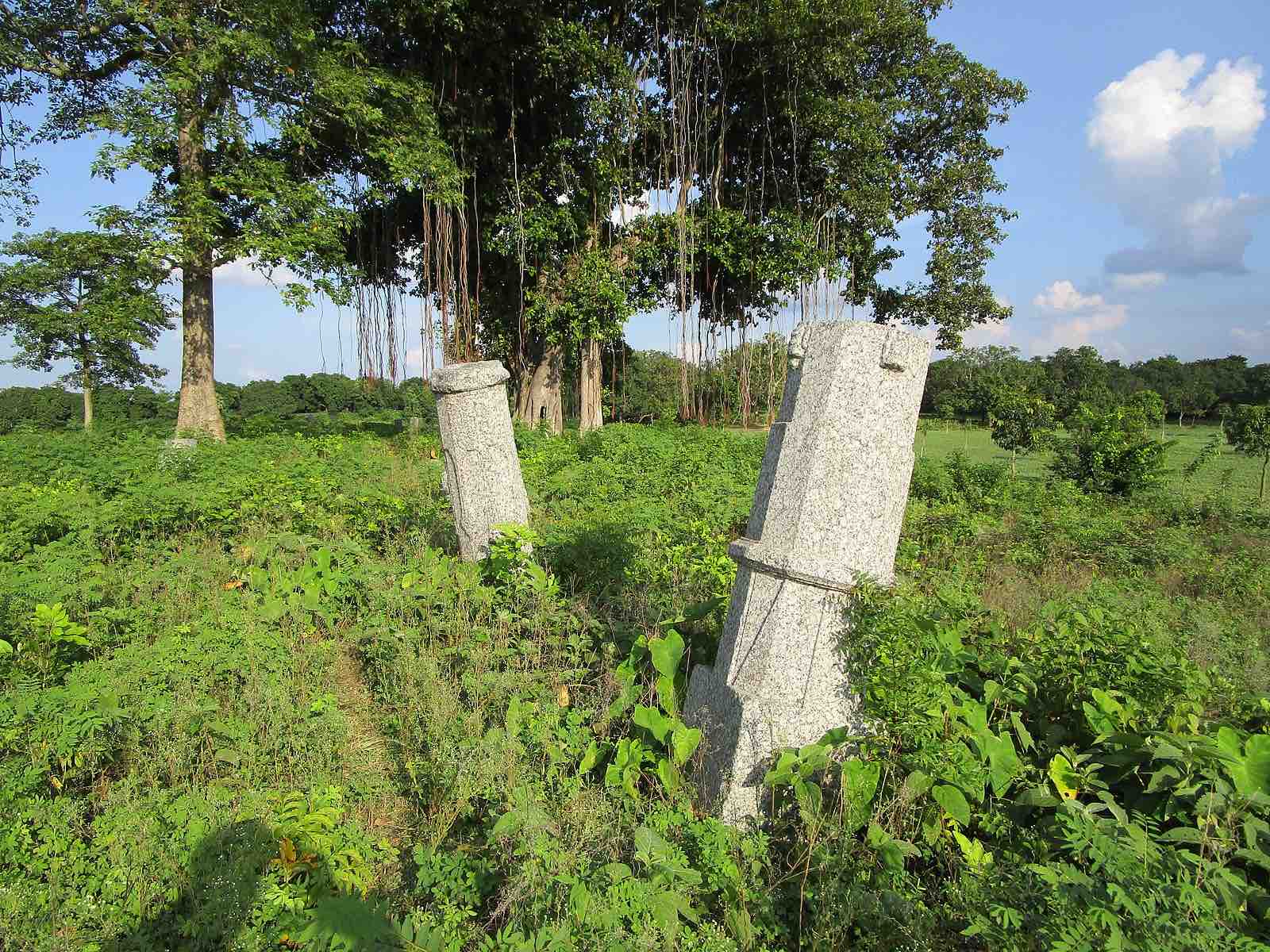 
Story of Chand Sadagar
Chand Sadagar, was a rich and prosperous merchant from Champak Nagar, near present day Chhayagaon in Assam. According to lore, Chand Sadagar was an ardent devotee of Lord Shiva but on the other hand the local deity Manasa had set her mind on making him her devotee. She tried all sorts of tricks and magic to force Chand Sadagar to change his mind but he was equally determined and protected himself with the mantras he had received from Shiva. During the course of time Manasa appeared in front of him as a beautiful woman to entice him, he was so intoxicated by her beauty that, that he could not keep his secret. By doing so he lost his supernatural powers that came with the mantras. He then sought help of Sankara, a local spiritual seer and a devout of Shiva. Sankara had magical powers far greater than Sadagar, but Manasa had him killed making Chand Sadagar helpless once again.
Despite all the events unfolding, Chand Sadagar still refused to worship Manasa. Eventually she resorted to killing his all of his six sons by sending serpents. Chand Sadagar was devastated and his interests in his trade went down as he did not have the heart to look after his business properly. Even in the midst of such adversity his determination revived and he set out on a sea voyage to rebuild his business. After a successful business tour he set sail for home, his ship laden with treasure. Manasa put his ship through a storm. Initiall,y Chand Sadagar survived as he prayed to Maa Durga, but soon she withdrew and Chand Sadagar lost. His ship was wrecked and he was swept ashore to the place of Chandraketu, who was an old friend of Manasa. Manasa had gone to Shiva pleading that no one should help or come in between Chand Sadagar and her, as a result of this boon granted by Shiva, Maa Durga was asked to withdraw.
Chandraketu helped Chand Sadagar and tried his level best to persuade him to become a devotee of goddess Manasa but Chand Sadagar steadfastly refused. Soon he was thrown out of Chandraketu’s house and became a beggar as he had lost everything, yet he remained devoted to Shiva and Durga, refusing to bow to Manasa. Manasa felt that she could never win over Chand Sadagar on her own and took the help of two friends in heaven – two Apsaras. They agreed to be born on earth, one as Chand Sadagar's son and the other as daughter of Saha, a business associate of Chand Sadagar.
On his return to Champak Nagar in Assam, Chand Sadagar managed to rebuild his life with help of Saha. As time passed a son was born to him, they named the boy Lakshmindara. At around the same time Saha's wife gave birth to a daughter, whom they named Behula. Both the children grew up together and were thought to be perfect for each other. When they reached marriage age and their horoscopes were tallied, it was predicted that Lakshmindara would die of a snake-bite on his wedding night. As both Lakshmindara & Behula were devotees of Manasa and were so well matched that the marriage went ahead, yet to get back at Chand Sadagar, Manasa sent one of her snakes to kill Lakshmindara.
Behula was heartbroken and soon took the journey to get back her husband's life from the Gods in the heavens; she sailed with her dead husband in a raft towards Heaven. She pleaded with the goddess, Manasa and said, if her father in law agrees to worship the goddess, then she could have her dead husband back.
Chand Sadagar reluctantly agreed.
Chand Sadagar started to worship Manasa on the eleventh day of the waning moon, yet he could not forgive the goddess for all the suffering he had to go through. He offered her flowers with the left hand and turned his face away from her idol. Manasa did not hold anything against him for that. From then on Chand Sadagar and his family lived in peace and prosperity.
Today Champak Nagar is a small village in Chaygaon, Kamrup, about 30 km from Guwahati city in Assam. The ruins unearthed in the village Gokul, is known as Gokul Medh, but is locally called Behular Basar Ghar or Lakshmindaraer Medh, the house where Behula lived  or the Lakshmindara’s House. Excavations in 1934-36 revealed a terraced podium with 172 rectangular blind cells; it is dated 6th-7th century and the local mythology associates it with legendary Lakshmindara-Behula.