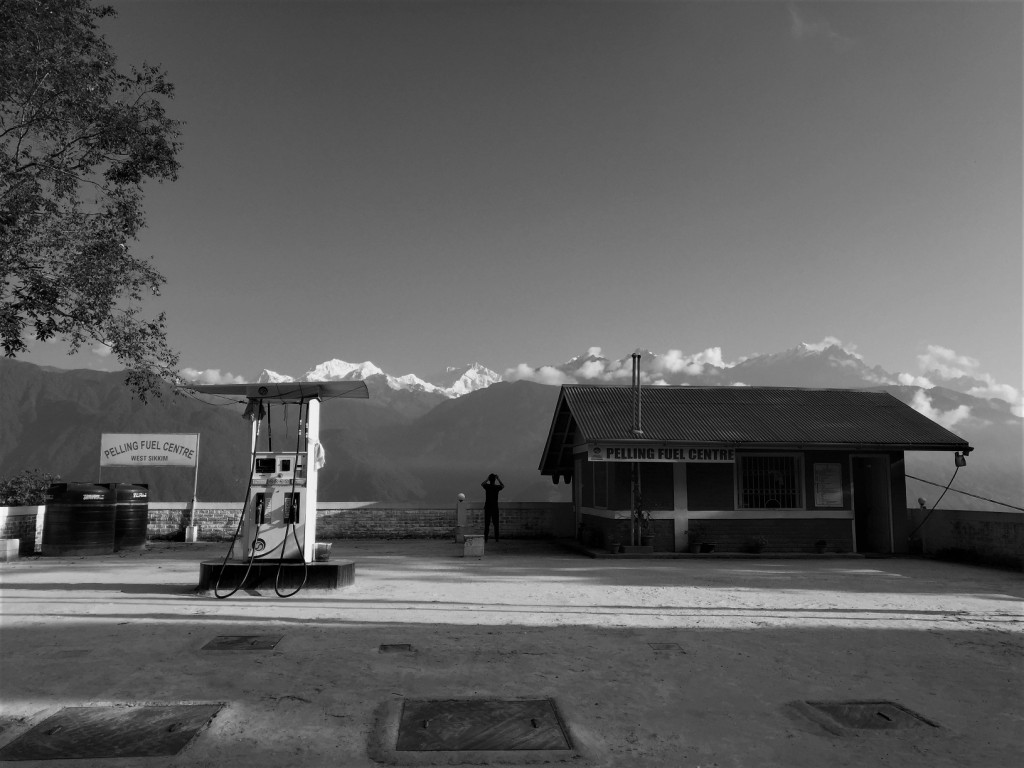 My friends and I had planned a trip to Pelling; let me pre-terminate the details of the trip and take you straight to one of the most beautiful mornings of my life. I feel that each place has a morning of its kind defined by the activities of nature and its inhabitants. I’m not much of a writer or a photographer and clearly not a morning person but here is something I really want to share. Pelling is a small town in West Sikkim at an altitude of 2,150 metres, 115 kms from Gangtok, and 10kms away from its district headquarters Geyzing. You can tell by the air that its mornings are pure, and you need not worry about wandering alone.

As I woke up and came out of my hotel room, I was received by a spectacular view of snow-capped peaks, which instantly gave me an urge to walk around and see more. I’m glad that I had some time to dawdle around and stop whenever I found something worth observing, degree by degree. I was trying to admire these mountains from every nook and cranny, and it felt like these mighty beings could acknowledge my presence too.

While I was busy fiddling with my camera, I was greeted by some paw-some friends who were following a milkman around. The town has a fuel centre with a panoramic view of the hills reaching out to the mountains; I made a detour to see some kids practice football at their local field and thereafter walked towards a grassy area nearby to soak in some sun with the crisp air. After a while, I walked up to a hotel below the helipad for some Temi tea to kick-start my day, I had found a perfect escape from my humdrum .

Pelling is an ideal base for trekkers and a perfect destination for those looking for a restful holiday with unlimited choices in hotel rooms and village resorts to pick from. While you’re in Pelling, you can also visit the 17th century Rabdentse ruins, the Pemayangtse Monastery, Khecheopalri Lake, and the Sanga Choeling Monastery, which is one of the oldest monasteries of its kind in Sikkim. Rabdentse is the second capital of the former kingdom of Sikkim that was destroyed during the Gurkha army invasion, and the Pemayangtse monastery is nearby. The Khecheopalri lake is 34 kms to the northwest of Pelling town and is sacred for both Buddhists and Hindus. Pelling will make your heart feel at home with its simplicity, serenity, and its amicable strangers. All you need to know is where to buy your mug of local butter tea from, just in case it gets a bit chilly in the evening.