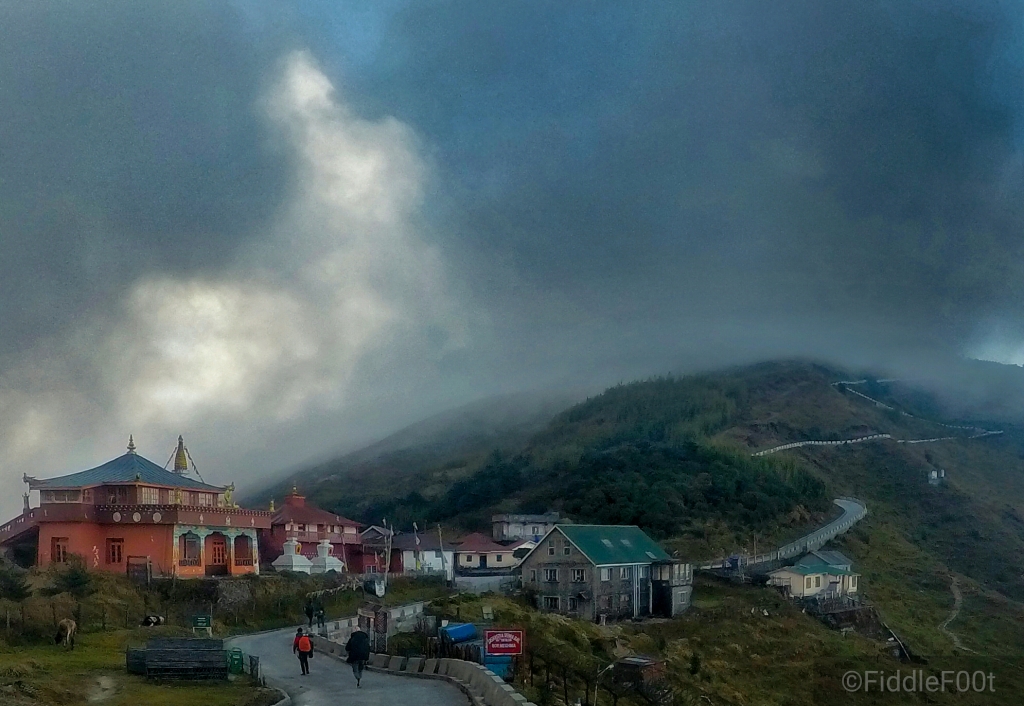 Sandakphu-Phalut Trek – The Journey Ahead

Being guarded by the scales, I tend to go off balance at times. And it was the time of the year when my scales dipped to its lowest. I had been bed-ridden for quite some time and had left the chaos of the city far behind. I was home, yet it didn’t feel quite like home. I lay dormant with hundreds of questions, including self-doubt, running in the back of my mind. I yearned for fresh air—a fresh start. That’s when I decided I would literally walk through my questions and doubts, and that’s how the Sandakphu-Phalut trek happened.

Never had I embraced the morning alarm with such excitement. We, including four of my girlfriends, were in a last-minute hustle—dumping necessities into our backpacks. The next moment we were seated in a vehicle en route Manebhanjang. On reaching the place, we had decent breakfast in a local joint prior to embarking on the journey ahead. The small town greeted us with a craggy flight of stairs. A few minutes into the trek and we were gasping for breath. The look on our faces clearly spoke of having second thoughts, but the blood that runs in us overruled all such thoughts. And so we carried on. Another 3 km and we saw the end of the razor-sharp stairway as we reached Chitre. The place was bedecked with an old monastery. We took rest for a while amidst the silence of the jungle before we headed any further. Soon we completed 9 km and reached Tonglu where we nestled for the night in a Government-aided trekkers’ house.

It was a delight to wake up to the enchanting view of Mt Khangchendzonga just next to our window. Our enthusiasm reached new heights when we were told that the view kept getting closer and better as we ascended further. Without any delay, we took our route and covered 14 km that day. We were accompanied by many new faces—some from the other part of the world. The rocky uphill climb felt like a piece of cake with like-minded people around. We took quick halts in between and energized ourselves with chocolate bars. And before we knew it, we reached Chauri Chowk, our halt for the night. Since we did not have prior booking, we spent the night in an old tinned house owned by a generous couple. We were greeted with tea—probably one of the best tea’s I’ve had so far—by the lady of the house. We hit the sack straight after dinner.

The next morning we had nutritious breakfast and a glass of Dzomo (hybrid of yak and cow) milk for the road ahead. Sandakphu, our next night halt, was just 2 km away! 1.5 km from Chauri Chowk and we acknowledged the presence of another steep stairway. However, the thought of reaching our first destination pushed us through every difficulty that came along. We reached the place well ahead of time. Sandakphu, the highest point of the Singalila range in the Darjeeling district of West Bengal and the Ilam district of Nepal, is elevated at an altitude of 3636 m / 11930 ft above sea level. We strolled along the greenery in the evening and also climbed a nearby rock. Our stay for the night was in Namo Buddha, which had a cozy home-like atmosphere. By the way, here lights are turned off by 8 pm, so everyone is expected to go to bed early. The next day, we woke up at dawn to witness sunrise, and lo and behold, the sight was amazing. Four (Mt. Everest, Khangchendzonga, Lhotse, and Makalu) out of the five highest peaks (including K2) in the world can be seen from its summit! The scene was truly enchanting.