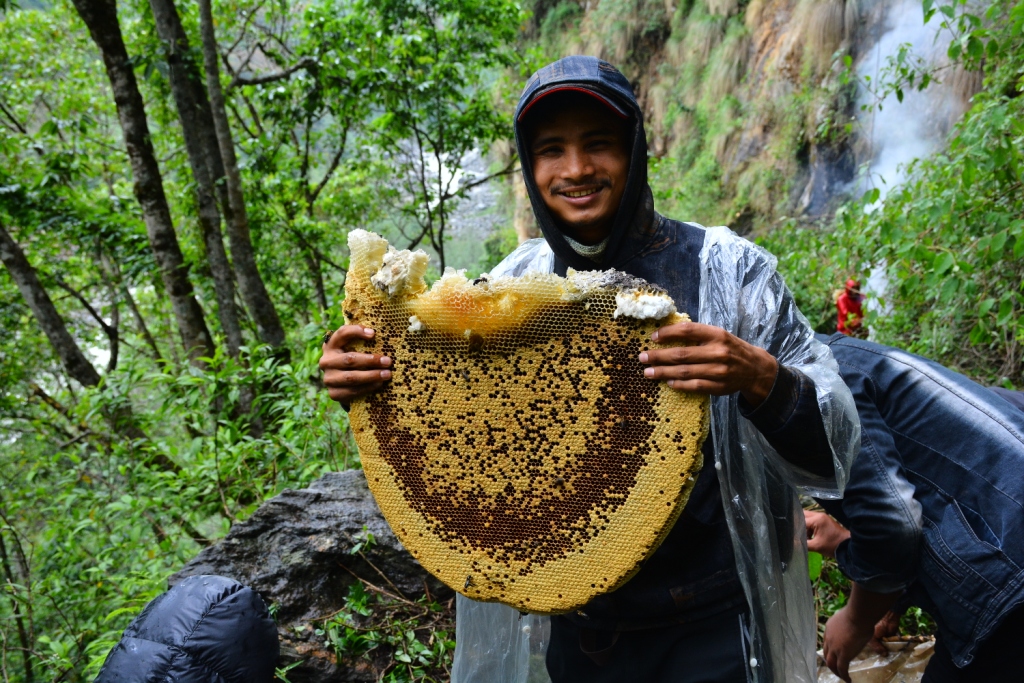 Hunters of Mad Honey: A Tale From Tangting Village, Nepal


“No one can summon up the courage to hunt honey. It seems like I am going to be the last honey hunter of this area,” opines Sher Bahadur Gurung, a honey hunter from Tangting village.

The world’s largest beehives can be found on the cliffs of Nepal, and I’m not one to shirk from an adventure. I was lucky enough to go on a trip concerning a honey hunting project with German photojournalist Andrej and senior wildlife conservationist Raju Acharya to witness these beehives up close in Tangting village.

Tangting is a village situated in the lap of the Annapurna massif, just two hours away from Pokhara, Nepal. This village is the residence of the Gurung community, who are world famous for their bravery. Mr Sher Bahadur Gurung is a 59-year-old energetic greybeard of Tangting village and is supposed to be the last of the honey hunters from this sole Gurung village. He has been harvesting honey since his late teens but now worries whether he will be able to pass this rather intense and perilous job to the next generation.

Gurung boasts that he can harvest a single hive within two minutes. He generally swings on the rope ladder made of stout timber and small bamboo (paryang) with his naked limbs and skillfully cuts the beehive. However, a honey hunter alone cannot achieve success in this task; he is accompanied by a group of 10 to 12 individuals. First, a group of four goes up the cliff to tie the rope and ladder. Then, the next group creates smoke beneath the cliff with green leaves. Another group guides the whole process, where the main hunter climbs and cuts the hives with the assistance of his team. A group below frequently ties and sends up the essential tools necessary for the hunter. The tool might be a large bamboo spatula, a bucket, or sometimes a bunch of heavily smoking green branches.