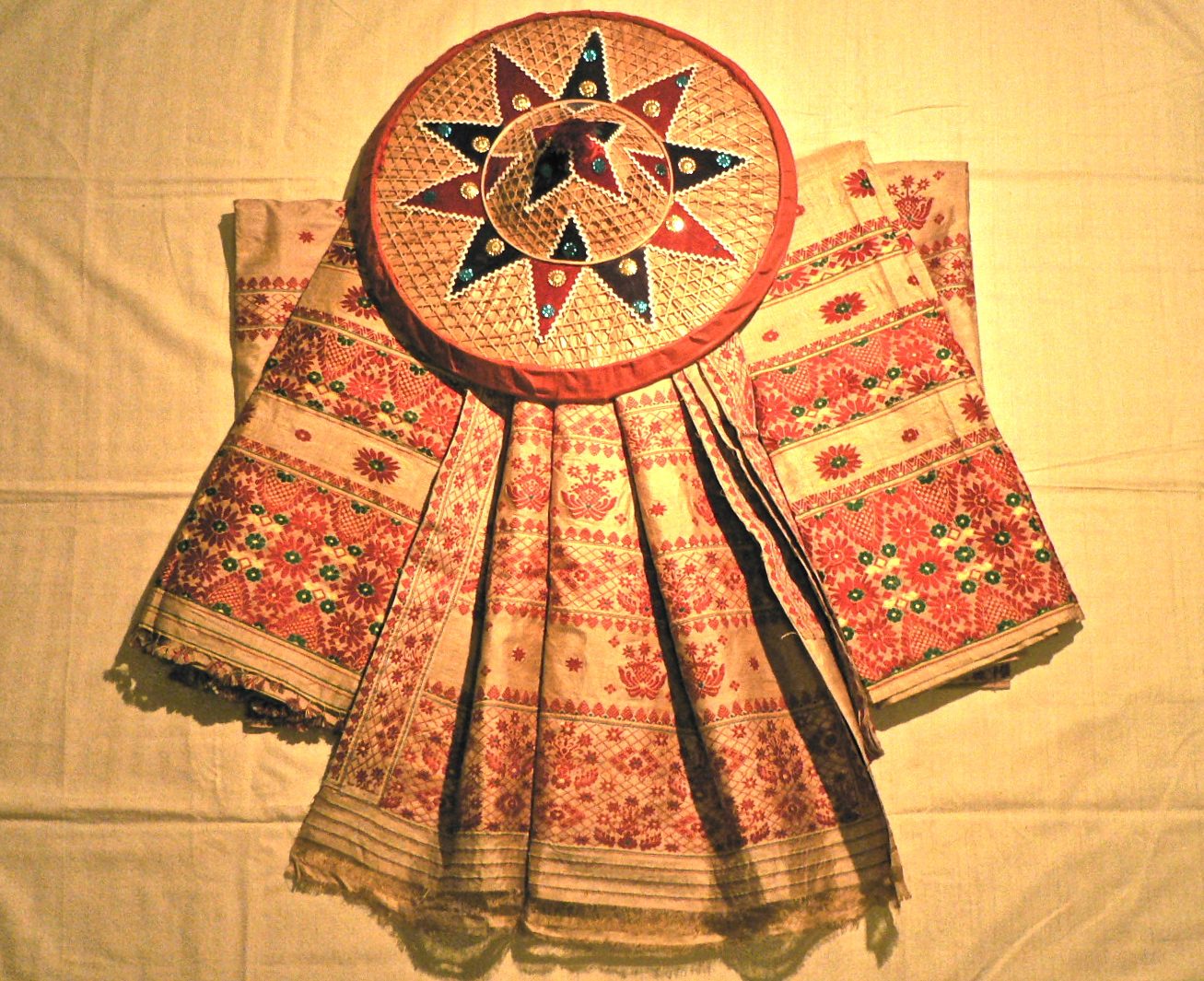 Just as popular as Assam Tea is wild silk. The 3 types of silk produced only in Assam are Muga, Eri, and Pat; however, Muga is the most popular.

Muga silk is one of the rarest silks in the world and is known for its extreme durability. Muga silk has a natural yellowish-golden tint with a shimmering, glossy texture. It was once only used by royalty.

Muga silk is a product of a silkworm called Antheraea assamensis. Found in the Brahmaputra Valley, the larvae of the Assam silkmoth feed on aromatic som and sualu leaves to produce the silk. Muga silk can be dyed after bleaching. This silk can also be hand-washed, with its lustre increasing after every wash. Muga silk, like other Assam silks, is used in products like saris and traditional Assamese mekhala-chador.

The production of silk goes along with the craft of weaving. An important centre for silk weaving in Assam is Sualkuchi. The place rose to fame during Ahom rule and is arguably the most striking feature of Assam's culture and tradition. However, references to Assam's silk can be traced further back than the Ahom era.

The first reference to Assam silk was probably in Valmiki's Ramayana. It mentions Magadha, Anga, Pundra and 'the country of cocoon rearers to the east' of Pundra. References have also been made in Kautilya’s Arthashastra, a political literature of the 3rd century BC. Kautilya mentioned the production of Dukula, a kind of Silk fabric produced from cocoons in ancient Assam. This Dukula had 3 varieties. The first variety, which is white in colour and very soft in texture, was known as Vangika. It can be identified today as Paat Silk. Paundrika silk can be identified as Eri silk, and the third variety, which was known as Suvarnakudyaka, can be easily identified as Muga silk. The knowledge of sericulture probably arrived with the Tibeto-Burman groups who arrived from China around 3000-2000 BC. Moreover, there was another trade of silk through the Southwestern Silk Road that started from China, passed through Burma and Assam, and finally got connected to the main Silk Road in Turkministan.

There are various other records to show that silk came to India through Assam. As per the Sanskrit text Harshacharita (biography of North Indian ruler Harshavardhan written by the court poet Banabhatta in the 7th century), during the coronation ceremony of King Harshavardhan, king Bhaskarvarman of Kamrupa gifted many precious items to the North Indian king. Out of this the most important ones include silk items such as silk towels, silk umbrella, and bags of woven silk. It is also mentioned in the text that the silk fibres were so even and polished that it resembled Bhoj-patra (golden in colour). There are also references of Assam silk in the records written by Huen Sang where he has written the use and trade of silk in Kamrupa during the rule of king Bhaskar Varman. Ram Mohan Nath in his book The Background of Assamese culture states that: "The Kiratas (an early Mongoloid race in Assam), were traders in silk, a word that was derived from the Mongolian original word ‘sirkek’.” This clearly points to the fact that in ancient times traders from different parts of Tibet, Central Asia, and China flocked to Assam through various routes, and as they traded mostly in silk, they were generally called Seres – Cirrahadoi – Syrities – Cirata-Kirata. The word Kirata therefore, is a general term referring to the people of the Mongolian origin and it refers specially to the Bodos. These Bodos referred by Nath are today known as Bodo-Kacharis, which includes groups such as Chutias, Boros, Dimasas, Rabhas, Sonowal, Garo, Koch, and many more. J.Geoghegan in his book "Silk in India" states: "It is the Kiratas who introduced the cultivation of silk with its different varieties in Assam and it is from Assam that Silk was later introduced to mainland India. Whatever may be the date of the introduction of the worm, its geographical distribution at present day, and the fact species first introduced was a multivoltine, seem to me to lead to the conclusion that the insect was first introduced into India from the north-east (i.e. Assam)".

Genetic research on silkworms shows that Assam silk originated in two specific regions of Assam: Garo Hills in the ancient Kamrupa Kingdom and Dhakuakhana in the ancient Chutiya Kingdom.