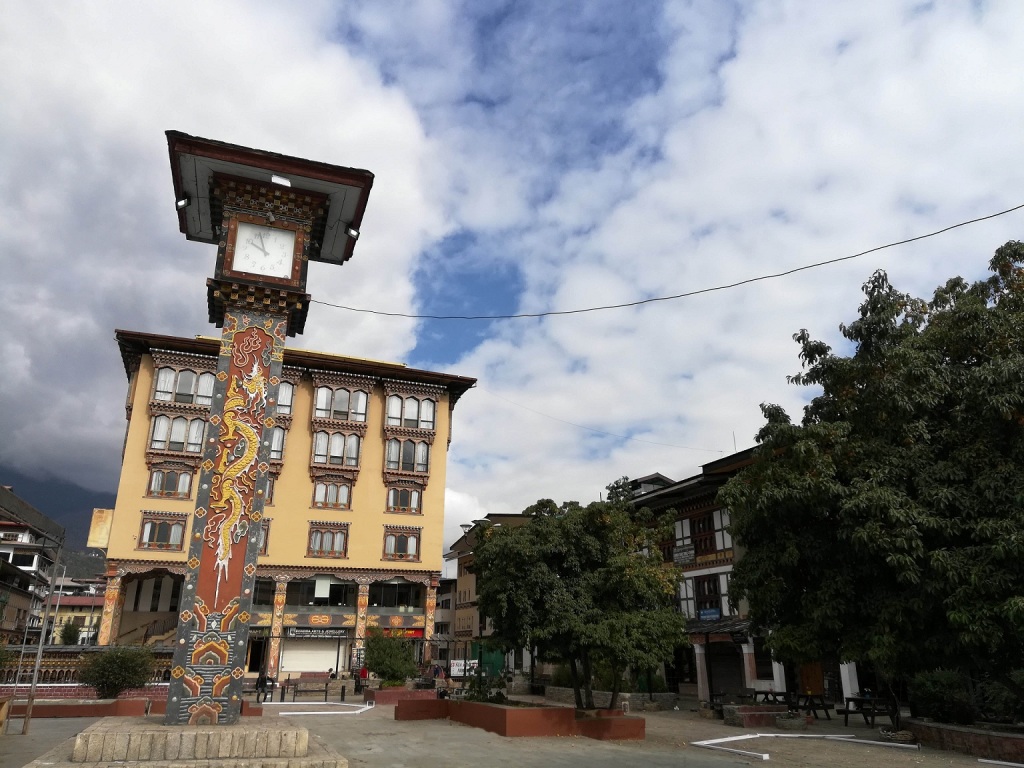 URL copied.
Cancel
Fun facts on Bhutan:
Bhutan is a Buddhist kingdom nestled between its neighbours China and India. Bhutan is the last Himalayan kingdom one should visit as it is enveloped in mystery at a time when the world has turned local from global. However, Bhutan is worth a visit and your time not only for its traditional Buddhist culture but for its modern developments as well.
Ema Datshi: This tiny, enchanting and picturesque nation – Bhutan, nestled in the folds of the Himalayan Ranges impresses us not only with its mesmerizing landscapes but also with its unique and unaffected food and cuisine. The cuisine of Bhutan celebrates simplicity by keeping its food flavour not only pure and clean but also locally and organically produced. The people of Bhutan have an undying love affair with their food, namely their chillies.
Ema in Bhutanese stands for chilli. The local markets of Bhutan are flooded with food items including varieties of chilies in different colours, shapes and sizes. They are available in the green varieties, the red ones, and the white variety, which is made by drying the green ones.
Ema datshi is Bhutan’s national dish. It is a simple stew made from chillies and a special cheese - yak cheese – which is called datshi.
Variations of this dish include potatoes (kewa datshi), beef, beans (semchung datshi) or mushrooms (shamu datshi). The chillies that are used in ema datshi are really spicy and this dish is served over a bed of red rice, which is another staple food of the people of Bhutan.
To balance the heat quotient in the dish, tomatoes, butter and cheese are added. The people from the Himalayas, including Bhutan have a rare and unique kind of cheese used in their food named chhurpi. Known as datshi in Bhutan’s national language, Dzongkha, it is a cheese made from goat, cow or yak’s milk. There are two varieties of chhurpi – the soft and the hard variety. The soft cheese is used in the preparation of ema datshi.
The texture of chhurpi/datshi is similar to cottage cheese or ricotta cheese. This cheese is prepared by fermenting raw milk. Once the milk is fermented, some fresh milk is gradually added to the fermented one over a period of five days. The mixture will eventually coagulate into a thick curd.
The curd is then churned to separate the butter and the remaining buttermilk is heated to make the chhurpi. This cheese of Bhutan has a strong pungent smell, is bearably tangy and goes together with all types of food. Wrapped in jute bags strung together, it is sold in markets throughout Bhutan and the entire Himalayan region. People snack on them everyday.
Road Rules: Bhutan is the only country in the world that does not have a single traffic light in its capital city. Instead, policemen in Thimphu, the capital city of Bhutan, stand at major intersections and direct traffic with flamboyant, white-gloved hand movements on the city’s busiest streets. Supposedly a set got installed but then got quickly removed, simply because the people of Bhutan preferred the policemen, which says quite a lot about the type of people and Bhutan’s culture.
People: The Layap are an indigenous people inhabiting the high mountains of northwest Bhutan in the village of Laya, in the Gasa district, at an altitude of 3,850 m (12,630 ft). In the past they made their living by selling highland products like yak meat, hide, dried cheese and incense to the lower regions of Bhutan like Punakha and they used to take back rice, salt, sugar and oil among others in exchange. With the legalisation of collection of cordyceps (yarsagumba) in Bhutan, it is said that their poverty rate slumped by about 90 percent. Each Layap household in the highlands of Bhutan is said to earn a minimum of Nu 50,000 to a maximum of Nu 1 million, depending on the number of people going for cordyceps collection. It actually ended up changing their lives from one extreme to the other.
Pass: Dochula Pass is a must-visit beautiful mountain pass, preserved in time which is about 20 km from Thimphu, the capital city of Bhutan. It is a concentration of 108 memorial stupas, which are known as “Druk Wangyal Chortens.” On a clear day, high mountain peaks including Masaganang (7,200m), Kangphugang (7,170m), Tsendagang (6,960 m), Jejegangphugang (7,158m) and Terigang (7,060 m) can be seen from here.
Annual Royal Highlander Festival: This young festival is a must visit and was created by the current King of Bhutan in today’s time to promote the often overlooked nomadic highlander cultures found in the northern mountains of Bhutan. The festival is a grand romp filled with enthusiastic local people. Over the course of two days, one will get to see bedazzled yaks on parade, wiry runners scaling mountains and Bhutanese royalty chatting with the people. They may just offer you a visit as well! There is whip cracking and pony-petting, yak sausage-poking with toothpicks and devouring of spicy chillies and red rice with one’s own hands.
Photo credit: Mohammad Amaan