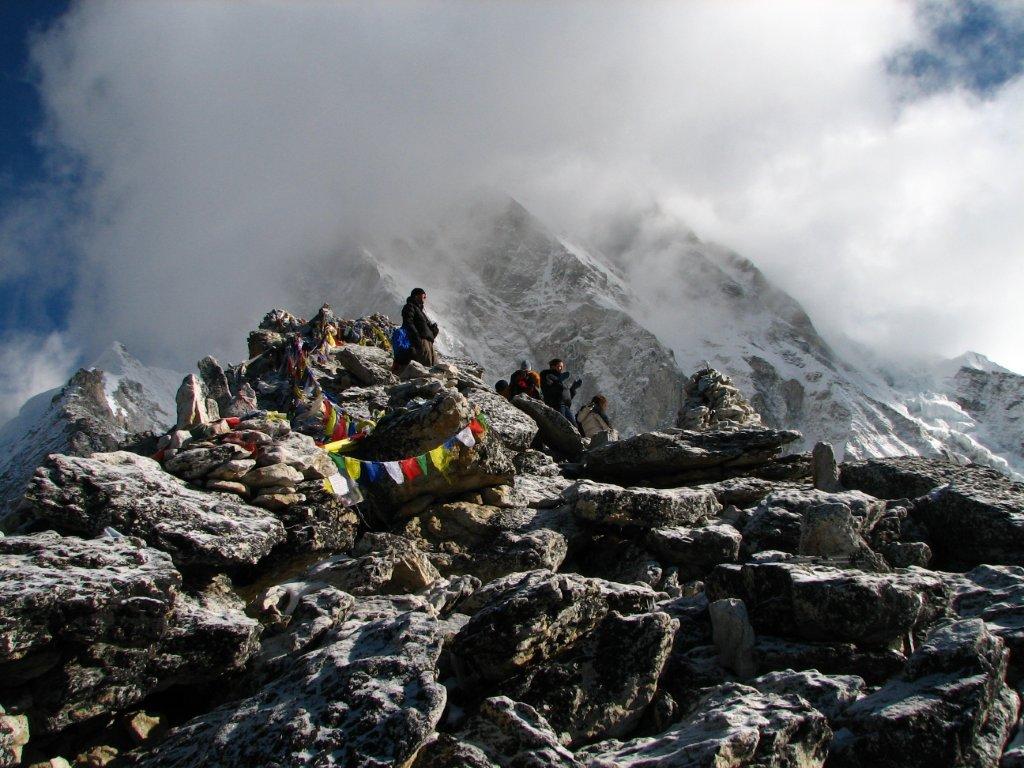 The Everest base camp Kalapatthar trek is one of the best options to explore the Everest Himalaya and see the world’s highest mountain from a closer distance. Not only the Everest Himalaya, but there are also lots of other things that make this trek worth. Beautiful Khumbu valley, Sagarmatha National Park (UNESCO world heritage site, attractive Sherpa settlements, rivers, wildlife, vegetation, Buddhist monasteries and monuments, and much more other things are here to explore and see.

This Everest base camp trek begins with a half an hour scenic flight to Lukla from Kathmandu. After landing at the Lukla airport, you trek to Phakding, Namche Bazaar, Tengboche, Dingboche, Lobuche, and EBC. After visiting the base camp of the world’s highest mountain, you visit Kalapatthar the next morning for the eye-catching view of Mt. Everest from a closer distance.

Highlights of the Trek

The base camp of the world’s highest mountain (Everest) and Stunning viewpoint Kalapatthar Scenic view of some of the world’s highest mountain with hundreds of other white mountains Exiting scenic mountain flight to Lukla Buddhist monasteries and monuments Sherpa settlements with their traditional architecture Khumbu valley and popular Khumbu glacier with icefall Everest base camp Kalapatthar trek Itinerary.

Day 12: Fly back to Kathmandu.

Some Popular Villages and Viewpoints along the Trek. After landing at the Tenzing-Hilary airport Lukla, your Everest base camp Kalapatthar journey begins with a short day trek to Phakding. There are several popular and attractive villages with viewpoints and religious monuments. Here is a shortlist of them given below:

Namche Bazaar – Gateway to Mt. Everest Namche Bazaar is one of the most popular and beautiful villages on the way to the Everest base camp trek. It is also known as a gateway to the Everest Himalaya. On your second day of the trek, it takes around 6-7 hrs to reach from Phakding with some uphill trails crossing 5 different suspension bridges on the same Dudhkoshi river.

There is a weekly market held on Friday to Saturday noon every week for the locals to buy the things of their daily use. There are some organic coffee shops, mountain gear shops, bakeries, bars with movie shows so it is a good place to hang around.

All the trekkers before going further higher elevation will have an extra acclimatization rest day here and visit the Everest view hotel for an altitude practice.

Tengboche – Viewpoint of Mt. Amadablam and Everest Tengboche is a hill station from where you can see a perfect view of Mt. Amadablam, Everest, Lhotse, Nuptse and other high Everest Himalaya. Here is an ancient Buddhist monastery where a famous festival (Manirimdu) in the Everest celebrates by the Sherpa people.

The people who have limited time and would like to trek in the Everest region to see the Everest, they may only trek to this place then turn back. Visiting Tengboche and see Everest is about one week trek from Kathmandu to Kathmandu.

Dingboche – The Highest Farmland of the Everest Region Dingboche (4410m) is the highest proper village with farming land in the Everest region. This is a place where trekkers take the second altitude acclimatization rest day on the way to the Everest base camp. A few months in summer during the monsoon, this village must close so not allowed people to stay here. People cannot make fire at this time. There is a hill above this village where trekkers climb for the altitude practice. You can see the 4th highest mountain (Makalu) of Nepal with mighty Everest Himalaya. It is about 4 hrs hike in total from your lodge to climb and descend back.

Everest base camp – Bottom of the World's Highest Mountain. The Everest base camp is a dream destination for adventure travellers from all over the world. Reaching here is the main goal for all the trekkers. It is situated at a height of 5,364 meters above sea level. You may see the Khumbu icefall from close being on the Khumbu glacier. You will not see Mt. Everest from the base camp because it blocks the other mountains. You may see lots of colourful tents at the base camp during the spring because this is the main season to climb Everest.

Kalapatthar – Viewpoint to Everest Kalapatthar is one of the popular viewpoints among some other viewpoints to see the Everest. After walking about 2 hrs from Gorakshep, you will reach on the top of this hill from where you can see 36 degrees Everest Himalaya. Usually, people climb this hill in the morning but visiting in the evening for the sunset is the best time.

You need to have warm windproof clothes for this hill because there will be windy. This hill is 5550 meters above sea level. After enjoying the view from hereComputer Technology Articles, you will trek back the same way to Lukla in a few days and fly out to Kathmandu. The journey starts here...