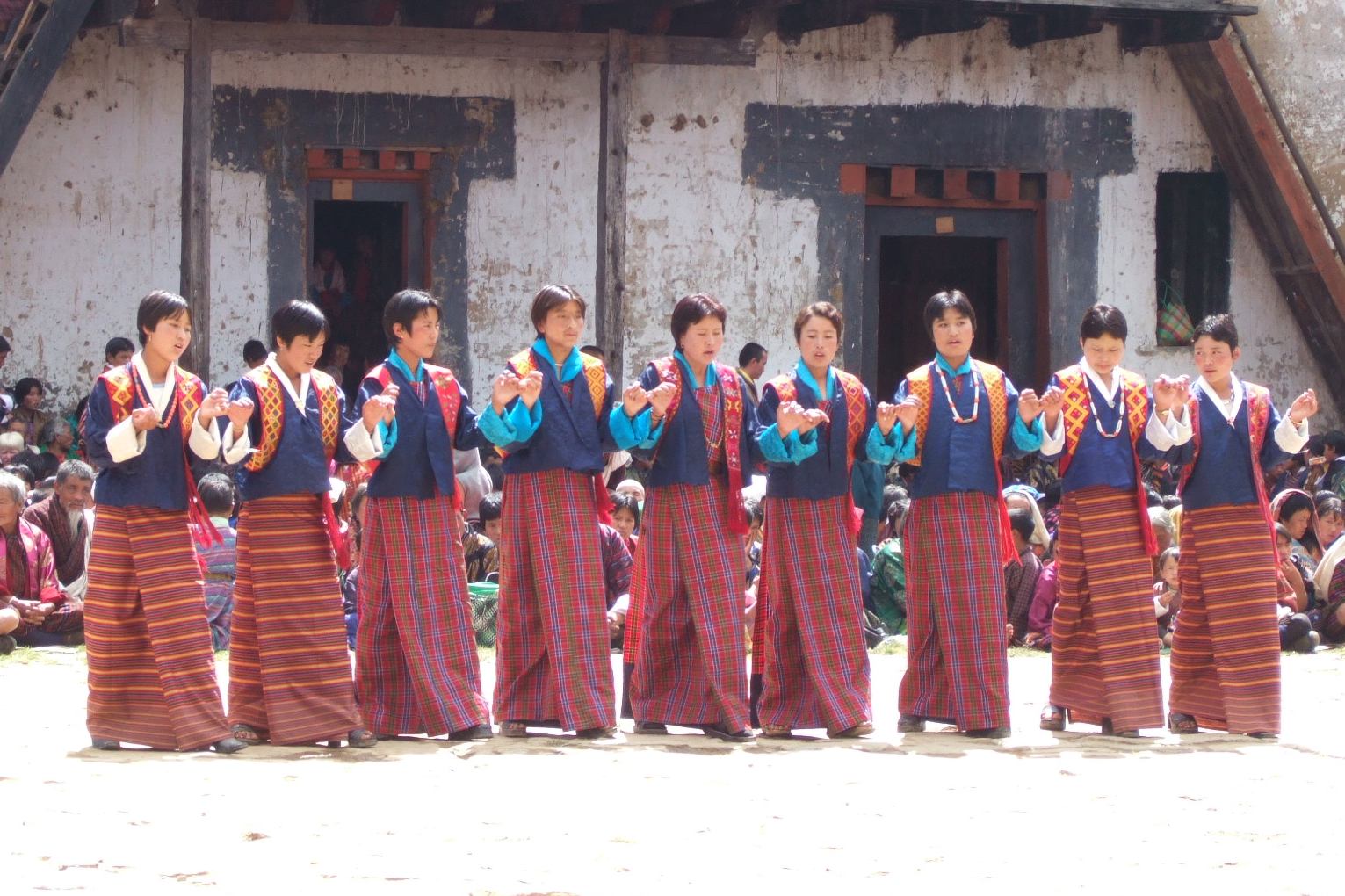 URL copied.
Cancel
Bhutanese people primarily consist of the Ngalops and Sharchops.  The Ngalops are also called as Western Bhutanese and the Sharchops as Eastern Bhutanese, respectively. Although the Sharchops are slightly larger in demographic size, the Ngalops dominate the political sphere, as the King and the political elite belong to this group. Their culture is influenced by Tibet. The Sharchops, the largest group, traditionally follow the Nyingmapa. With the improvement of transportation infrastructure over time, intermarriage between these groups has become common.
The Lhotshampa are a heterogeneous group of mostly Nepalese ancestry. They include migrants from Nepal from as early as the 1890s. Unfortunately there have been many clashes between them and the Government of Bhutan over citizenship rights.  The 1980s saw thousands of Lhotshampa forcibly leaving Bhutan and entering Nepal refugee camps. Today, only 20% of the population of
is Lhotshampa.
The first language of the Lhotshampa is Nepali. However, a racial conflict between Nepali and Bhutanese in the 1980s led to it being taught only at home.
Sedentary agriculture has been the traditional occupation of the Lhotshampa. They mostly practice Hinduism or Tibetan Buddhism. Their main festivals include Dasain and Tihar.