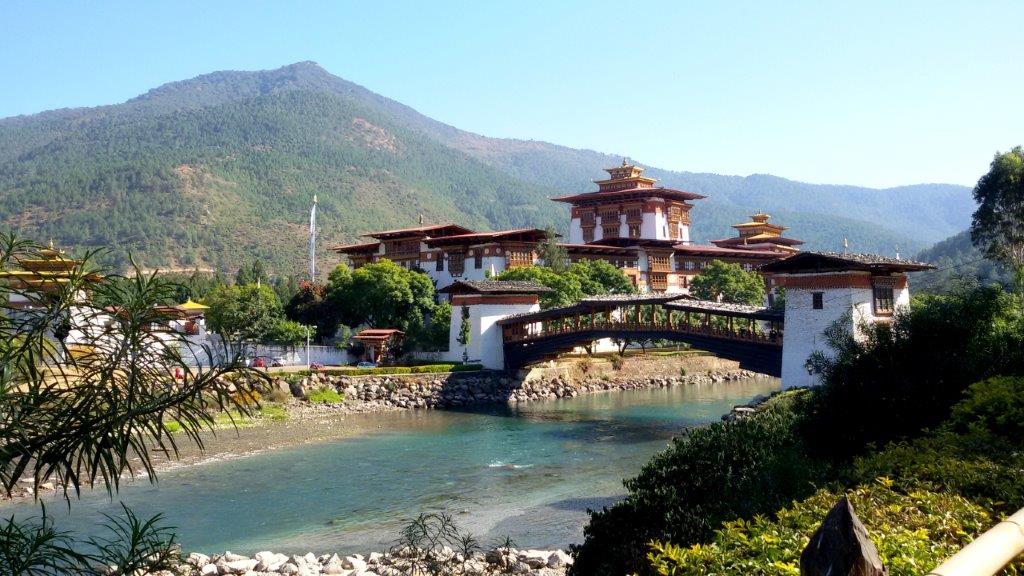 A lot of people are not aware of this monarchy and we often hear the question, “Where is Bhutan?”

Bhutan is a country on the southern slopes of the eastern Himalayas, landlocked between the Tibet Autonomous Region to the north and the Indian states of Sikkim, West Bengal, Assam, and Arunachal Pradesh to the west and south.

• Indian, Bangladeshis and Maldivian nationals can obtain a permit at the city of entry on producing a valid passport with a minimum of 6 months validity (Indian nationals may also use their Voters Identity Card (VIC)).

• An Online Regional Permit System for tourists from Bangladesh, India and Maldives has been launched by the Department of Immigration, Ministry of Home and Cultural Affairs and the Tourism Council of Bhutan. The system facilitates the online processing of permits for regional tourists through registered Bhutanese tour operators and TCB certified hotels. The facility is offered as an optional channel to process permits for visitors from the region and is applicable for entry from Paro and Phuentsholing.

• Indian nationals are also allowed to travel on their own in Bhutan, with or without the services of a tour operator.

• Indians nationals don't require a visa to enter Bhutan for a holiday, and are given a seven-day entry-cum-stay permit at the immigration offices upon presentation of a passport or government-issued ID such as a voter's registration card. This permit can be obtained from the Immigration office of Royal Government of Bhutan at Phuentsholing, or Paro Airport. The permit issued is free of cost allows one to travel only within Phuentsholing, Thimphu and Paro, and can be extended at the Immigration Office in Thimphu for successive periods of three weeks each. One can also request a route permit here to travel beyond the three above-mentioned towns.

• If you are driving yourself, you will need a route permit from the Royal Safety Transport Authority (RSTA) at the bus station at Phuentsholing. Require submitting the following documents - Registration certificate – two photocopies, Insurance Paper - two photocopies, Pollution Under Control Certificate, Your Driving license if you do not wish to hire a local driver, your immigration paper. A fee of Rs 100.00 to 200.00 depending on the model and make of the vehicle.

• Indians Nationals without stay permits can wander freely in Phuentsholing and go five kilometers into Bhutan during the day, but must return to India before 10pm. You are allowed to ply your vehicle in Phuentsoling without permit during the daytime.

• All of Bhutan outside of the Paro and Thimphu valleys is classified as a restricted area. Tour operators obtain a 'road permit' for the places on your itinerary, and this permit is checked and endorsed by the police at immigration checkpoints strategically located at important road junctions.

• The tour operator must return the permit to the government at the completion of the tour, and it is scrutinized for major deviations from the authorized program. In general you won't be aware that any of this is going on in the background.

• With the exception of visitors from India, Bangladesh and Maldives, all other visitors to Bhutan need a visa.

• Foreign nationals are not allowed to travel on their own in Bhutan, or without the services of a tour operator.

• The minimum daily package for tourists travelling in a group of 3 persons or more is as follows:

o USD $200 per person per night for the months of January, February, June, July, August, and December.

o USD $250 per person per night for the months of March, April, May, September, October, and November.

• All other tourists must obtain a visa clearance prior to travel to Bhutan. Visas are processed through an online system by your licensed Bhutanese tour operator, directly or through a foreign travel agent.

• You are required to send the photocopy of your passport to your tour operator who will then apply for your visa. The visa will be processed by the Tourism Council of Bhutan (TCB) once the full payment of your holiday (including a USD $40 visa fee) has been wire transferred and received in the TCB bank account. Once received the visa clearance will be processed within 72 working hours.

o A minimum of 3 star accommodation (4 & 5 star may require an additional premium).

o All internal taxes and charges

• During times when there aren't festivals, tourists are allowed to visit the courtyards of dzongs and, where feasible, the tshokhang (assembly hall) and one designated lhakhang (prayer hall) in each dzong, but only when accompanied by a licensed Bhutanese guide. This provision is subject to certain restrictions, including visiting hours, dress standards and other rules that vary by district.

• The Tourism Council of Bhutan has a small list of places tourists cannot visit, with the assumption that all other places can be visited. You can generally visit any lhakhang (prayer hall)that is private or village run. Dzongs are open to all during the time of a tsechu (religious festival), when you may visit the courtyard, but not the lhakhangs. Your tour company will deal with all the necessary paperwork, so let them know in advance if there are specific goembas or monasteries you wish to visit and include in your holiday packages.

• If you are a practicing Buddhist, you may apply for a permit to visit certain dzongs and religious institutions usually off-limits. The credibility of your application will be enhanced if you include a letter of reference from a recognized Buddhist organization in your home country.