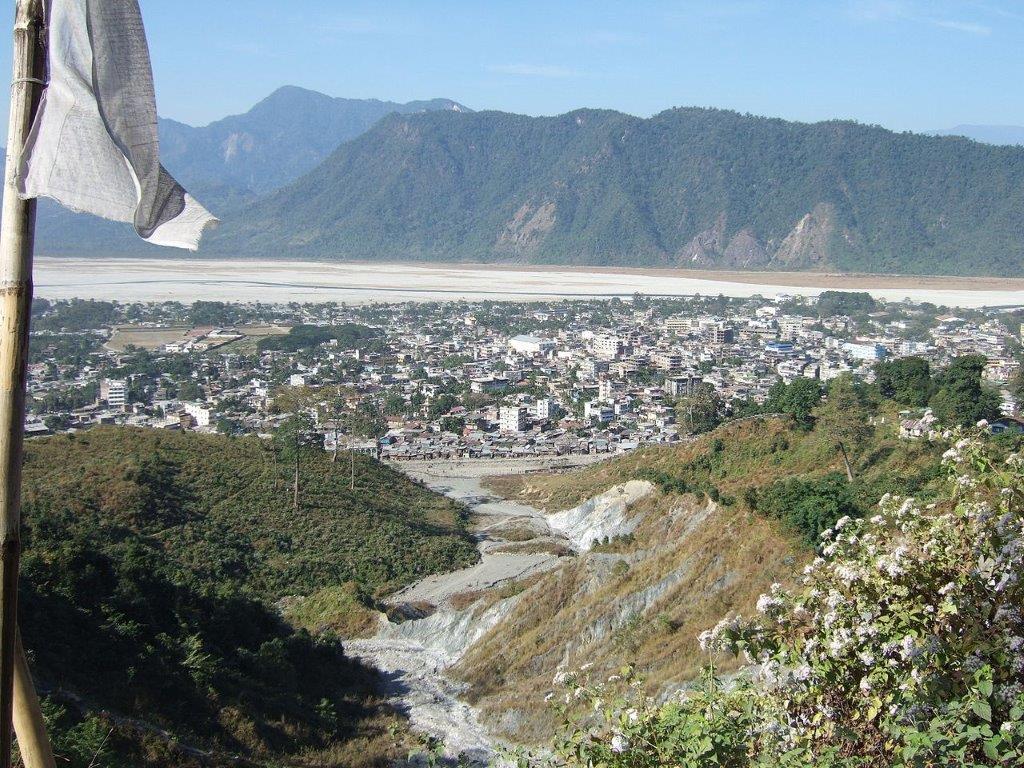 For those with enough time on their hands, venture into eastern Bhutan for places that offer something quite different.  This is the land of the Sharchops who speak their own language, nurture their own culture and weave beautiful textiles.

Trashigang | Elevation 1, 151m
Trashigang, the largest district of Bhutan, is a 15 hour drive from Mongar and 547 km from Thimphu. The historic Trashigang Dzong in eastern Bhutan that sits atop a vertical hill above the  Sherichu river is a fine example of the strategic role that these monastic fortresses played in keeping out invaders in the ancient times.
The Trashigang town in eastern Bhutan has cleverly expanded up the steep mountainside to provide basic essentials for the large population that travel through long distances to shop here.
Half an hour's drive from Trashigang is Kanglung, a new town in eastern Bhutan that has grown in places around the country’s only college, offering undergraduate degrees to about 1000 students.

Trashi Yangtse | Elevation 1,530m
A 3.5 hour drive from Trashigang is Trashi Yangtse, the eastern home of the Black Necked Crane, bordering the Indian district of Arunachal Pradesh.  Both Bhutanese and local tribes from across the border enjoy the Chorten Kora festival that takes place at Trashi Yangtse.

Phuentsholing | Elevation 1,829m
To the southwest lies Phuentsholing, a bustling industrial town that is the southern gateway to India.
It's the drive from Phuentsholing to Thimphu that makes the journey from the south worthwhile as the highway takes you on a slow journey from the tropical plains through changing vegetation up to the higher altitudes of the Himalayan kingdom of Bhutan.
The Southern Region
The southeastern town of Samdrup Jongkhar is a small border town, six hours drive from Trashigang. With generally warm weather, this district is ideal for bird watching.