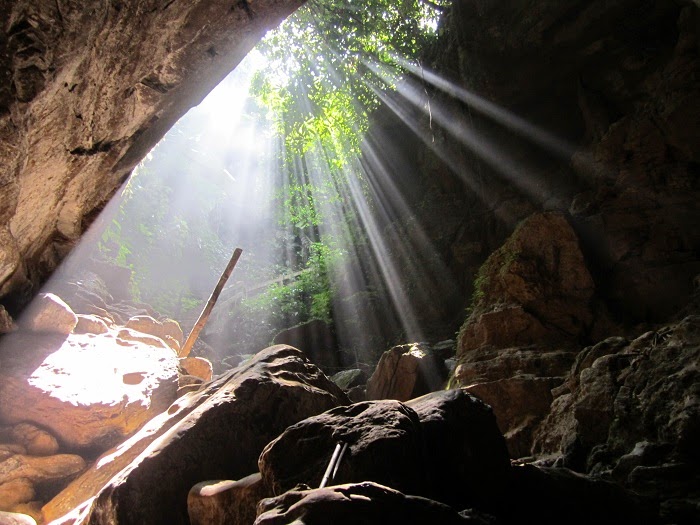 Caving is fast becoming a popular choice of adventure activity among the hikers and India is not alien to this trend either. Gone are those days where tourists were satisfied with the Ajanta and Ellora caves. Now people want to experience nature in its rawness: unexplored, natural caves are now in demand. Caves give a glimpse into prehistoric times and sometimes tell an untold story to the observant explorer. Mizoram is blessed with many such caves that are easy to access. Here is our find on the best ones for you to try when planning to visit the land of the Blue Mountain.

Located at Pukzing village near Marpara, there lies the Pukzing Cave. According to the legends, the cave carved out of the hills by Mualzavata, who was a very strong man. The meaning of his name is a person who could easily clear hundred ranges of forest in single day. With its 25 m length, it is known as the biggest cave of the state.

Known as the cave of skulls, it is a big cave that lies near the village Mamte in Lunglei district. This cave has a big heap of the human skeletons which seem to be of the people who were taller than the Mizos and belonged to some other race like 'Tlau'. They domesticated the region before the Mizos arrived.

Lies on a hill between Farkawn and Vaphai villages in the south-eastern part of Aizawl district, this is a huge cave. The tale related with the cake tells about a young beautiful girl-Kungrawrhi. She got married to a brave young mane, Pnathira. When this newly wedded couple was going to Pnathira's village, some spirits who got attracted by her beauty, kidnapped her. The spirits imprisoned her in this cave and later she was rescued by her husband. The cave was named after that girl.

Located near the village Farkawn in the south-eastern part of Aizawl district, the cave Lamsial Puk features the witness of a terrifying fight. It took place between two neighbouring villages and many warriors were killed in this fight. The bodies of the warriors were kept in this cave. There are many skeletons in the cave that recall the horrible incident.

There are a few caves in Mizoram that can be discovered without much hassle, among which, Khuangchera Puk is the best pick ever. The cave is situated in Ailawng near Reiek, at a distance of around 30 km from Aizawl in the west. It is claimed to be the longest cave in Mizoram with a length of around 162m. The darkness inside the cave, peculiar acoustics, and stalagmite creations make this cave an ideal pick for the thrillseekers.

We hope this list excites you and makes you pack your bags and head to the hills and caves of Mizoram. If you need someone to help you plan your trip, do reach out to us.