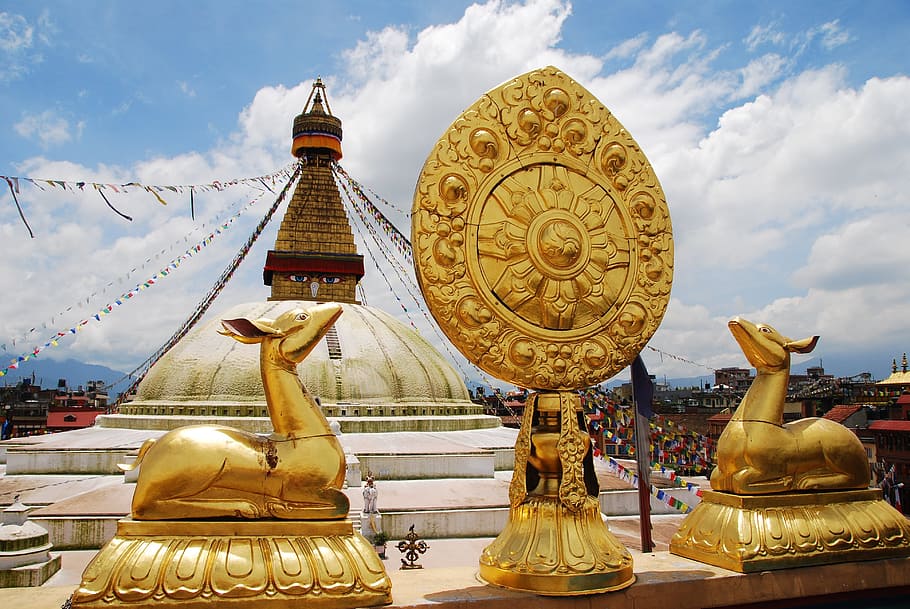 India is a very rich country when it comes to number of religion originated here like Buddhism, Jain, Hinduism, Sikhism etc. On your Buddhist circuit tour you will be exploring the four major Buddha sites along with several other pilgrimages site that has a great significance to Buddhist devotees.

You will re-trace the footsteps of Buddha on your Buddhist circuit tour, you will be following a well guided tour itinerary. Your journey will begin after you arrive in Delhi, your booked travel agency representative will meet and greet you at Delhi airport followed by a visit to Delhi’s hotel for night stay. On the next day you will proceed for Bodh Gaya, a district of Bihar state. Here Buddha attained enlightenment while setting under a Bodhi tree, it is now one of the four holiest Buddhist pilgrimage site in the world. You will also find a number of Buddhist monasteries built by other nations like China, Japan and Thailand. After Bodh Gaya visit Rajgir, located at a distance of two hour by road, it was capitol of Maghda kingdom, here a massive Vishwashanti Stupa on the Ratnagiri Hill has been built by Japanese Buddhists. Here you will also find statues of four stages of Buddha life: birth, enlightenment, teaching and death which makes up for great tourist attraction in Rajgir.

For all of your travel needs you will be provided with a well maintained vehicle of your choice, your will be staying in one of city’s best hotel and all the costs like fuel cost, toll tax etc will be inclusive to your tour package.

After Rajgir, the next tourist site is Nalanda, here one of the largest university in the world, Nalanda University. You will find its archeological ruins which are widespread over 14 acres and creates a beautiful view. From Rajgir proceed to Patna, the capitol of state Bihar, after arriving in Patna on your Buddhist circuit tour rest in your booked hotel. From Patna you will be visiting Vaishali and Kesariya, the two well know Buddhist sites. In the city you will find many museums like Gandhi museum, Patna museum along with other tourist sites. In Vaishali Buddha preached his last sermon, you will also find a Japanese Peace Pagoda. Later visit Kesariya, here Buddha gave away his begging bowl before his death.

Your last tourist site on your Buddhist circuit tour of Bihar state is Khushinagar, located about 220km from by road, you can also take a train to Khushinagar. Here Buddha breadth his last breaths before leaving humanity to follow the path of salvation. Here several monuments have been built by Buddha devotes, these includes meditation centre and gardens, Vietnam's Linh Son Buddhists temple, the Mahaparinirvan Temple. Rest for the night in Khushinagar hotel later proceed for your final destination Sarnath. In Sarnath, Buddha gave his first sermon with few of his followers in a deer park. As your tour ends at Sarnath you will be taken back to Delhi to have you carry onwards with your journey.

If you would like you can ask your tour agency to include Lumbini – one of four major Buddhist pilgrimage site, where Buddha was born. It is located in NepalHealth Fitness Articles, a reputed travel agency should have no trouble providing you with a customized tour based on your needs.