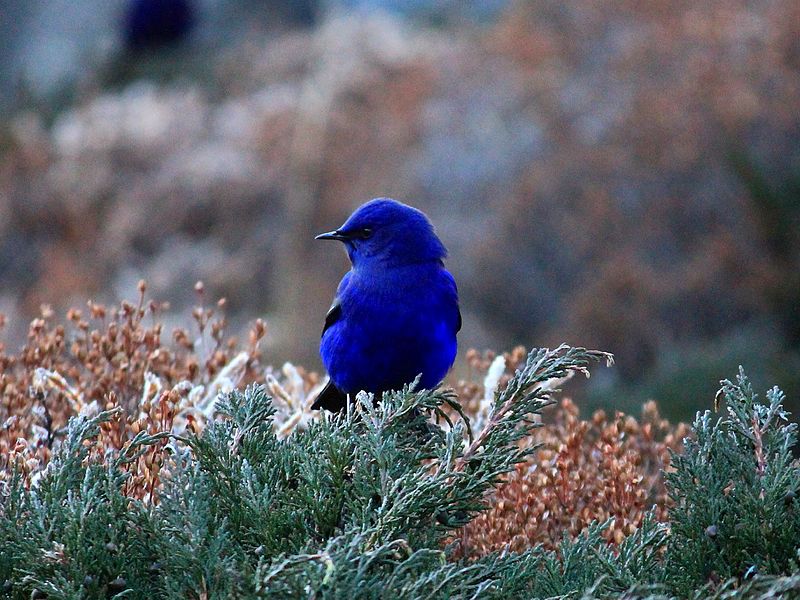 A four-member team from Spain has trekked through the Kanchenjungha National Park over seven days and spotted 130 birds, bringing to focus Sikkim’s enormous potential for bird-watching tourism.

“During the tour, we could sight more birds than what we had expected.

Sikkim has rich bio-diversity and has potential for bird watching tourism,” said Mikyuel Rafa, the leader of the Spanish team, after reaching Yuksom yesterday.

“We were fortunate that the weather was good for two days during which we spotted and identified 130 species of birds in the park.

The park is spread over 1,784sqkm in West and North districts of Sikkim, and Yuksom, 138km from here, is one of the entry points of the sanctuary.

The trek that began on November 2 was organised by Sikkim Peak Tours and Travels, which conducts special trips for bird enthusiasts.

“Birds like Robin found here are similar to some species in Barcelona.

But there are several rare Himalayan species which could attract more bird enthusiasts to Sikkim,” said Rafa.

Some of the species special to Sikkim and sighted by the Spanish team were the Himalayan monal, satyr tragopan, snow partridge, snow pigeon, yellow-rumped honeyguide and red-headed bullfinch.

The Spanish team’s curiosity was aroused by a species which they could not identify.

“We spotted a bird whose body resembled a snow partridge, but with different colours on the beak and the neck.

A snow partridge has a red-coloured beak with white round spots on the chest up to the neck.

However, this bird had black beak with V-shaped white stripes on the chest.

A proper research might establish that the bird we found in the park is a new species,” said Rafa.

According to him, unlike neighbouring Nepal and Bhutan, rules in Sikkim are more tourist-friendly.

“Nepal and Bhutan also have their share of bird species.

But it is difficult for foreigners to go bird watching in these two countries as a lot of regulations are in place there.

“England, Italy, Spain and the Netherlands are popular destinations for bird watchers.

Sikkim could also become their haunt if infrastructure is improved,” he said.