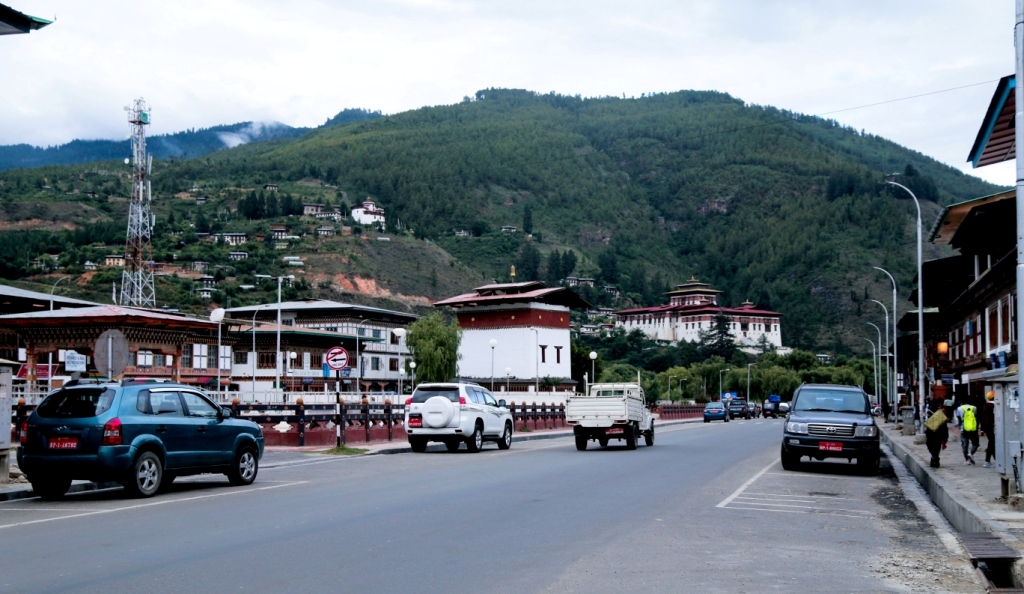 The moment I heard about the trip to Bhutan which was organized by Tourgenie I was quite excited to go and I decided to go finally. My trip to Bhutan was awesome, this was my first trip alone, though I was not  sure what I will do alone but I had a very friendly bunch of people with me in that tour which made me feel relax and comfortable and I thoroughly enjoyed my trip.

We started our trip from Gangtok towards Phuentsholing it was quite a long journey but I enjoyed the journey. After a long journey we finally reached Phuentsholing, it was a place full of Bhutanese people wearing their traditional dresses. Men were wearing the Gho, a knee-length robe somewhat resembling a kimono that is tied at the waist by a traditional belt known as Kera. The pouch which forms at the front traditionally was used for carrying food bowls and a small dagger. Women were wearing the Kira, a long, ankle-length dress accompanied by a light outer jacket known as a Tego with an inner layer known as a Wonju.  I saw the young generation was quite fashionable in Phuentsholing. I heard from one of the locals that they are very much into Korean trend. I saw all the Korean products in each shop in Phuentsholing.

Next day I went Thimpu which is the capital of Bhutan. I was surprise to see there were no traffic lights and the traffic rules were very strict. I visited Kuensel Phodrang which is a massive structure of a sitting Shakyamuni Buddha. It is one of the largest idols of Buddha in the world. This Buddha is gold plated and made of bronze. This grand and glorious Buddha can be seen from any corner of the city. The view from the top of the park - Kuenselphodrang Park made me speechless and I kept looking. There were 36 God fairies statue which were plated in gold. The statues were in the border of the big Lord Buddha statue, that view was just mesmerizing to watch.