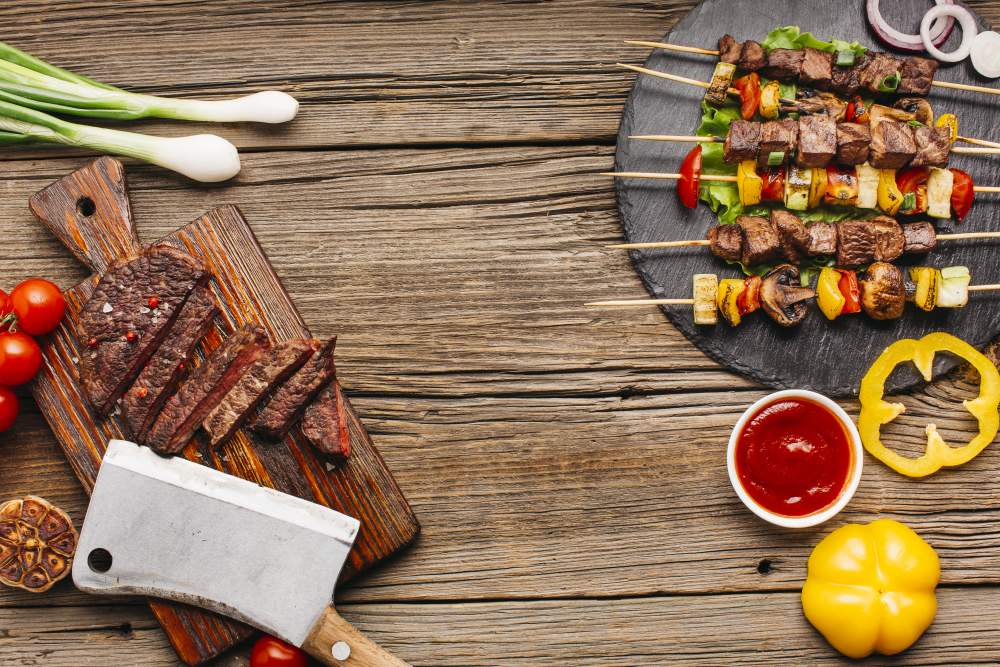 Are You a Food Enthusiast?

If you’re hungry to discover the rich culture of the Northeast India states, then going on a food tour will be the best idea. From tasty momos to smoked meats, the places of Northeast has no shortage of culinary delights waiting for you to try, as well as unique activities like paragliding, trekking etc to private liquor tastings. Here a food lover’s reads to make you drool:

5 FOODS I'M POSITIVE YOU SHOULDN’T MISS OUT IN GANGTOK

You may have come across many travel guides to Sikkim and its capital, Gangtok but what you normally don’t come across is a complete eating guide. What good is visiting a place if you don’t eat like the locals do, right? The Sikkimese cuisine is an amalgamation of Tibetan and Nepalese cuisine. Due to this unique blend, the Sikkimese cuisine brings in it a distinct flavour and an interesting combination of dishes that are a treat to the eyes and as delicious as they seem.

THE FAMOUS BUTTER TEA OF BHUTAN

Butter tea, also known as po cha, is a popular drink mainly consumed in the Himalayan regions of Nepal, Bhutan, and India. It is particularly suited to high altitudes as the inherent ingredient-butter - provides plenty of caloric energy and also prevents chapped lips.

Butter tea is made from tea leaves, yak butter, water, and salt, although in recent years it is common to use butter made from cow's milk, given its wider availability and lower cost. After repeatedly boiling tea leaves, the tea is then combined with salt and butter in a special tea churn and churned vigorously before serving hot.

Dzongu, the land of Lepchas. They believe that their land is blessed with abundance of nature.  The Lepchas believe that if a life is spent in accomplishing good deeds then one is rewarded by eternal bliss in Mayal Lang (i.e. Heaven).

The inhabitants of Dzongu lead a self- sustained life as far as possible. All the vegetables and crops are grown with organic manure. The lepcha way of cooking is still on earthen ovens, with log fire, using very little oil and spices, the food is relatively simple but delicious. The people of Dzongu have very unique dishes to serve.

BHAJI: A FAVOURITE SNACK OF ASSAM

A bhaji, bhajji, bhajiya, or bajji is a popular spicy snack or entree dish and is similar to a fritter. Koldil Bhaji is one the favourite traditional snacks of Assam. The typical way to prepare this snack is with fresh banana flowers, potatoes, crushed cardamom, and pure ghee. The species used to make this snack are locally grown and add a unique flavour to it. In an Assamese household, Koldi bhaji is served as a side dish with paranthas.

WONDERING WHAT CAN YOU MAKE FROM PAPAYA

The Assamese khar actually is a signature class of preparations made with key ingredient, also called khar.

The traditional ingredient generally is made by filtering water through the ashes of the sun-dried skin of a few varieties of banana, which mostly is then called kola khar.

(The name derived from the generally local term for banana, "kol" or "kola" in Assam). A traditional generally meal begins with a khar dish, which can actually be prepared with raw papaya, mustard leaves, vegetables, pulses, fish or any generally other particularly main ingredient, which for the most part.