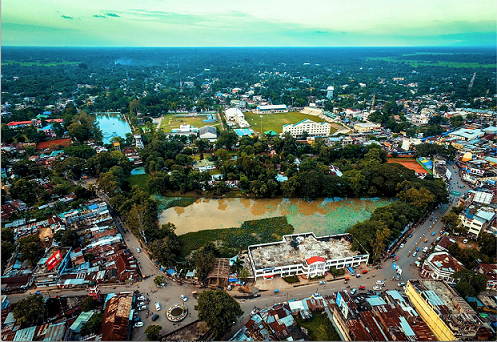 All you need to know about Golaghat in Assam

URL copied.
Cancel
Golaghat
Around 50 km southwest of Jorhat is Golaghat town, Assam where a major attraction is Uncle Robin's Children’s Museum. Golaghat was built by Robin Banerjee, a doctor who became a passionate naturalist and whose films on Kaziranga earned him international acclaim. The Assamese museum has its exhaustive collection of dolls from across the globe, artifacts, paintings and award-winning photographs. At the heart of the Golaghat town is Doss & Co Store, a British-era departmental store that was ahead of its time. The Assamese store has a branch in Jorhat.
Golaghat has one of Assam’s oldest churches, the Golaghat Baptist Church, established by American missionary OL Swanson in 1898. About 12 km from the town is Aathkhelia Naamghar, one of the most revered, and about 25 km to the southwest is Deopani Durga Temple, where the devout tie red ribbons around a huge banyan tree in the hope of getting their wishes fulfilled. A few kilometers away are the Deopahar ruins, whose origins are traced to the mythical king Jarasandha.
Photo credit: Omer Marcel