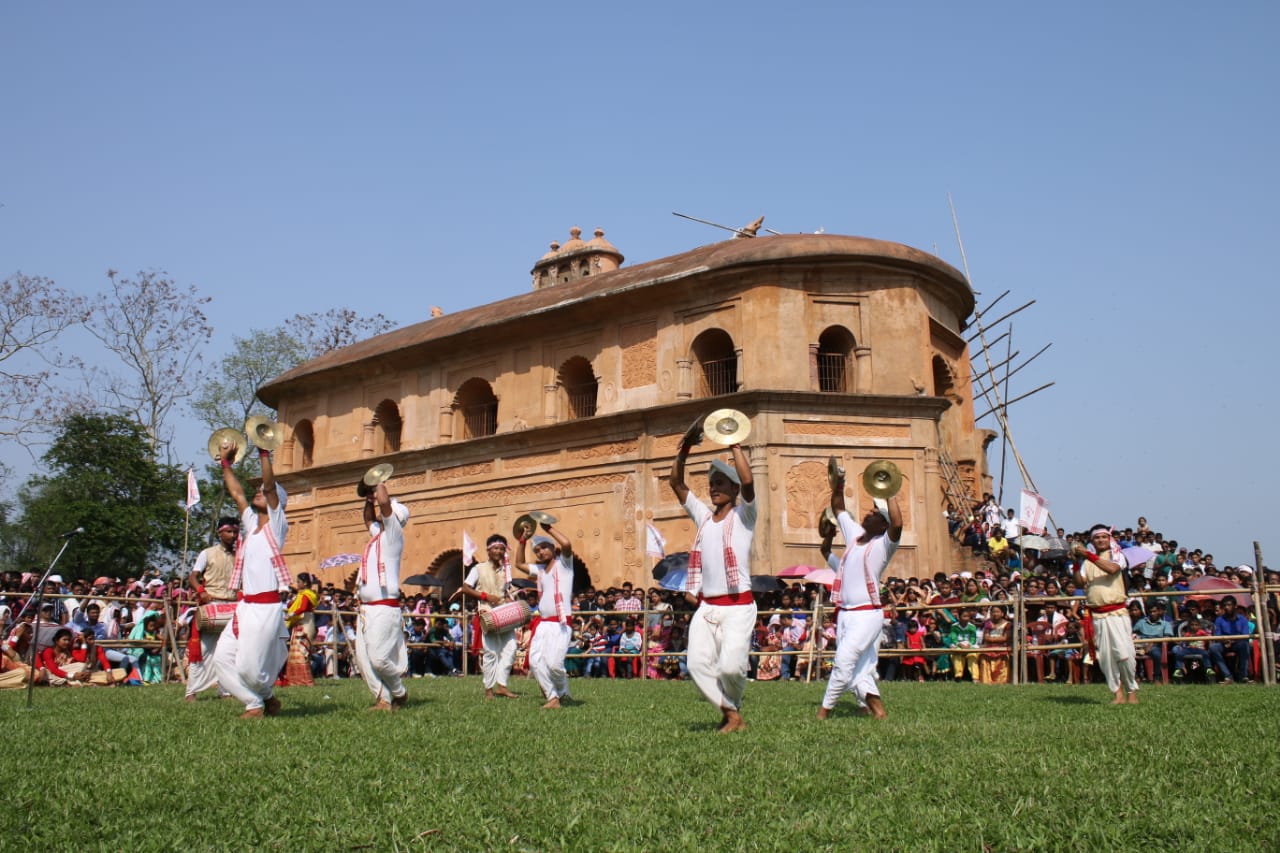 A last-minute plan can give you a lifetime experience


It was a lazy Sunday morning! As the clock struck 7, I took my first cup of coffee in one hand and my phone on the other. While scrolling down my Facebook feed, my eyes came across one of my friend’s posts who recently took a bike trip to Ladakh. The photos were so vibrant and appealing that it gave me zeal to turn my boring Sunday into an exciting one.

I called up my best friend and asked him if he wanted to accompany me on a ride to Sivasagar. The reason behind choosing Sivasagar was because of its historical mystery and grandeur of the Ahom monuments. I packed my little bag with some basic amenities and since it was a last-minute plan, both I and my friend had to struggle a bit to convince our respective bosses for leave. Finally, we were all set to start our voyage to the historical town of Sivasagar.

We started our journey from Tezpur, also known as the city of eternal romance, at around 8.30 am and reached our destination at 1.00 pm. The ride through the NH715 was so refreshing, and the scenic view of the lush green trees on both sides of the road was a treat to our eyes.

The best part of the journey was the crossing of the Kaziranga National Park  which is home to the one-horned rhino. However, we could only get a glimpse of the outer boundary of the park. The view of the gigantic trees and the chirping sound of the birds and insects were extremely peaceful to the soul.

Before proceeding to the next part of the trip, let me give you a brief history of Sivsagar.

Earlier known as Rangpur, the town was the capital of the Ahoms back in the year 1699. The Ahoms ruled here for almost 598 years from the year 1228 to 1826. The town is a classic example of Ahom architecture with creative monuments built during Ahom reign.

The historical town welcomes us

Coming back to the trip, once we reached the final destination, we headed out to our hotel. Both of us were going through an intense level of tiredness, yet we geared ourselves up, fulfilled our appetite, and got ready to experience some of the wonders of Ahom architecture.

So, the first monument we decided to explore was Talatal Ghar. I have always heard so many stories about the grandeur of this monument from my grandparents, and after seeing it, I could feel those stories told by them. The view of the whole area from the gate is just spectacular. This fort is one of the largest and grandest monuments belonging to the Tai Ahoms. Built by Rajeswar Singha, it had originally seven floors. It was earlier used as an army base. If you are planning to visit Sivasagar, Talatal Ghar should surely be added to your go-to list.

What is interesting about this historic structure are its mysterious tunnels and three floors, which are built underground. These underground floors were constructed to provide an emergency exit for the king and his army during the time of war. However, they are closed for the tourists. The construction of the whole monument is planned in such a way that if the enemies enter, it will be almost impossible for them to find their way out of the fort.

Another interesting fact about the Talatal Ghar is that the cement that was used for the construction of this monument is a mixture of rice and duck eggs. What is truly notable is that this structure has been standing tall and strong for centuries.

After enjoying the beauty of Talatal Ghar, we made our way back to the hotel as it was getting dark. It was time for us to satisfy our taste buds. Both of us are keen lovers of Assamese cuisine, so we went to a hotel that served aloo pitika (mashed potatoes), dali (pulse), gaz tenga (bamboo shoot), paleng haak (spinach), bhat (rice), and payokh (a sweet dish made of rice and milk). The food was delicious and carried the authentic taste of Assamese kitchen.

The next day we visited which was not very far from our hotel. The first thing that struck me about the monument was the shape of the roof—it looked like an Ahom boat!

With each step I took towards the monument, I could feel its magnificence. It also has a big ground known as Rupohi Pathar. According to sources, this ground was built for entertainment.

Wrestling, bullfights, and cockfights were some of the activities held in this ground. The king and other royalties would enjoy them from the top of the Rang Ghar.

All these temples are located on the bank of the Joysagar tank. The Shiva Dol is a famous Shiva temple built in the year in 1734. These structures are believed to be built in just 45 days, and the carvings on all three of them just enhance their beauty and splendour. This temple was built by Raja Ambika who was the queen of Ahom king Swargadeo Siba Singha.

Sadly, after visiting all these places it was time for us to say goodbye to this beautiful town. Due to lack of enough leaves, we missed out a few other places that were equally worth visiting. If you are planning a tour to Sivasagar, make sure to take a sneak peek of all other beautiful monuments of this town along with the ones I have mentioned above. They strongly reflect the depth of Assamese culture and history.

Oh! And yes, don’t forget to taste pitha and ladu—they are just way too delish. The only hill station of Assam: Haflong Hills