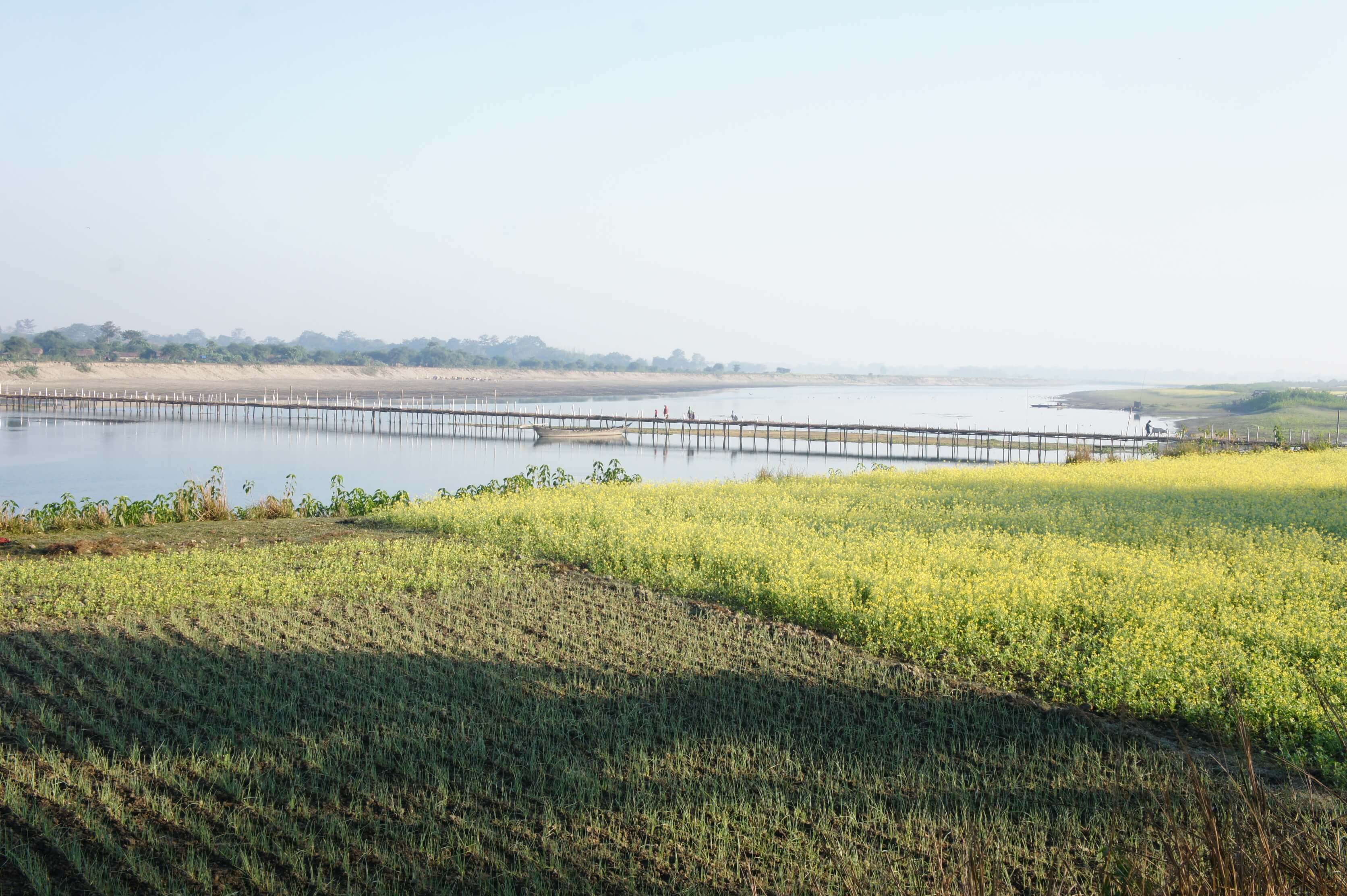 A Closer Look At The Traditional Fishing Methods In Majuli

Darker shades reflect more light. One can relate to this phenomena when talking about the eroding river island Majuli. The inaccessibility of the flood-prone island and the modest economy nurtures most of the traditional customs and methods of Assam. Some of the oldest forms of art and trade can still be seen here if not anywhere else. This especially holds true for the traditional fishing methods. The low financial situation of the fishermen does not enable the possession of motor boats and usage of modern fishing techniques such as modern and expensive nets. This only allows one to witness the numerous traditional techniques used for fishing.

It is interesting to see how different types of equipment are used for fishing depending on the level of water, time of year, and the behavior of the fish. For example, one would opt for nets in deep water and basket-like devices made of bamboo strips in shallow water or wetlands. Sometimes the impounding technique and fishing trap and bow and arrow technique are also used. I never knew that one could catch fish using a bow and arrow. When I asked a person if I could see how that is done, I was told that this method is rarely practiced nowadays, as it is very time-consuming and less productive. I was amazed to learn that people left nets tied in the river three months before the start of the fishing season. Fish usually migrate and breed during floods, and after the monsoon when the water bodies start retrenching to marshes, ponds, fisheries, paddy fields etc, people keep fishing nets and aerial traps tied 3 months ahead of the time of harvesting.