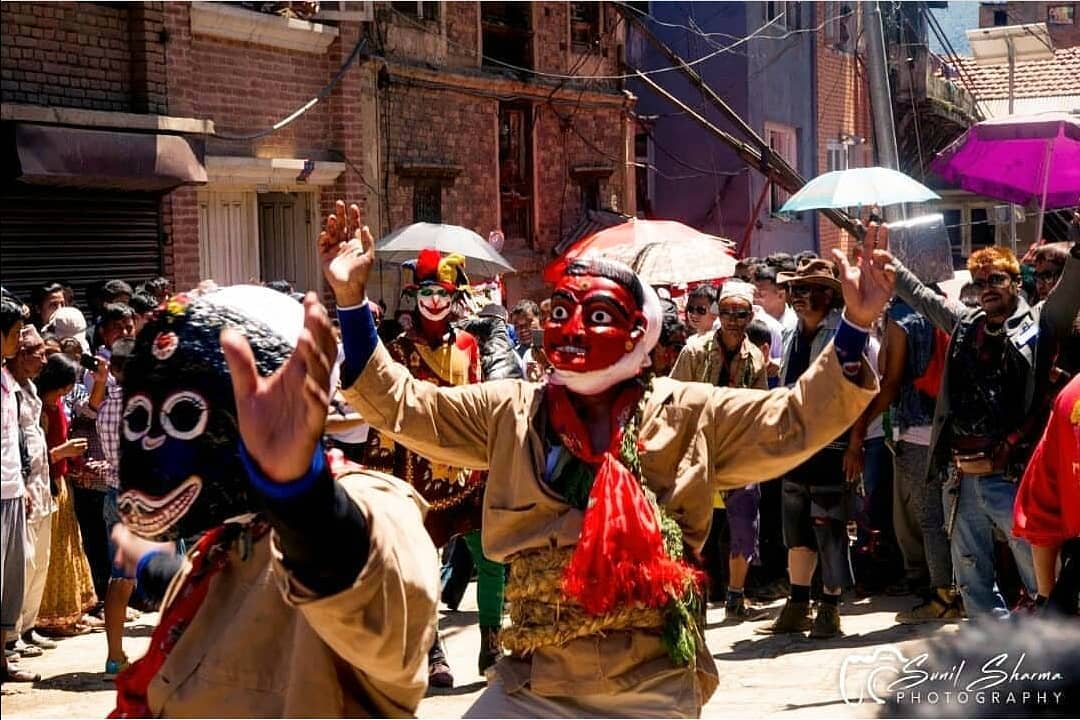 5 Pictures of Mask Dance Celebrations around the Northeast, Nepal and Bhutan

5 Pictures of Mask Dance Celebrations around the Northeast, Nepal and Bhutan

Kagyed Dance is held before Losoong, the New Year and the dance usually symbolizes the destruction of the evil forces before the advent of the New Year. The dance is performed on the 28th and 29th day of the 10th month of the Tibetan Calendar. This day usually falls in the month of December. During this time, the monks usually perform Chham or masked dance to please the almighty powers.

Kagyed actually means the oral transmission of the eight Tantric Gods found in Tantric Buddhism. Kagyed Chham is a word of Bhutia origin. ‘Ka’ means ‘oral transmission’, ‘Gyed’ means ‘eight’ and ‘Chham’ means ritualistic dance. This ritualistic dance is held every year in various Sikkimese Monasteries. It is a time of celebration for the Bhutias as they welcome the New Year. They visit the monasteries and offer prayers by lighting butter lamps and offering cash and kinds to the monasteries.

Sonam Lhochhar, also known as Sonam Lhosar is the most significant and extravagant festival which marks the beginning of the Tibetan New Yea. Men & women adorned in their colourful and traditional attires, masked men dancing to the rhythmic beats of damphu (a traditional small round drum) and elaborate spreads of exotic Tamang cuisine is something which is always looked forward to by the visitors and travelers planning their trip to Sikkim during the festival.