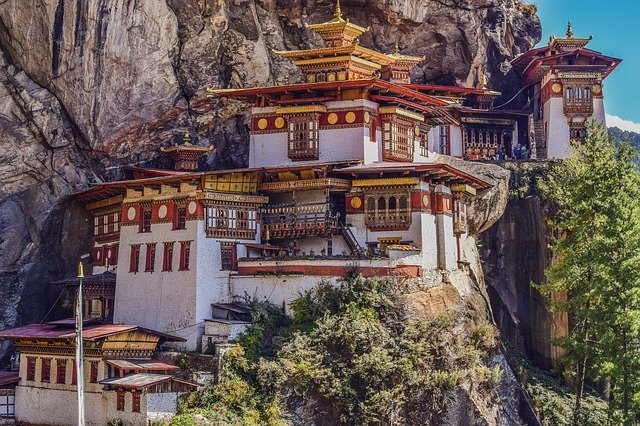 Bhutanese architecture is extremely well preserved through laws set up in place by the Government of Bhutan and also the discipline and perseverance of the Bhutanese to keep alive their customs and traditions.

Dzongs in Bhutan were built and served the function of fortresses as well as religious and administrative centers for the kingdom since the 17th century. As recently as 1998, by royal decree, all buildings must be constructed in accordance with traditional Bhutanese architecture, comprising of multi-coloured wood frontages, small arched windows, and sloping roofs.

Dzongs of Bhutan comprise of heavy masonry curtain walls which generally surround one or more courtyards. Buddhist temples in Bhutan (called lhakhangs) are often relatively simple single-story structures surrounding a courtyard. Most lhakhangs also feature high thresholds. They are often adorned with a red stripe along the upper walls, and gilded copper roofs. There is sometimes an antechamber at the entry.