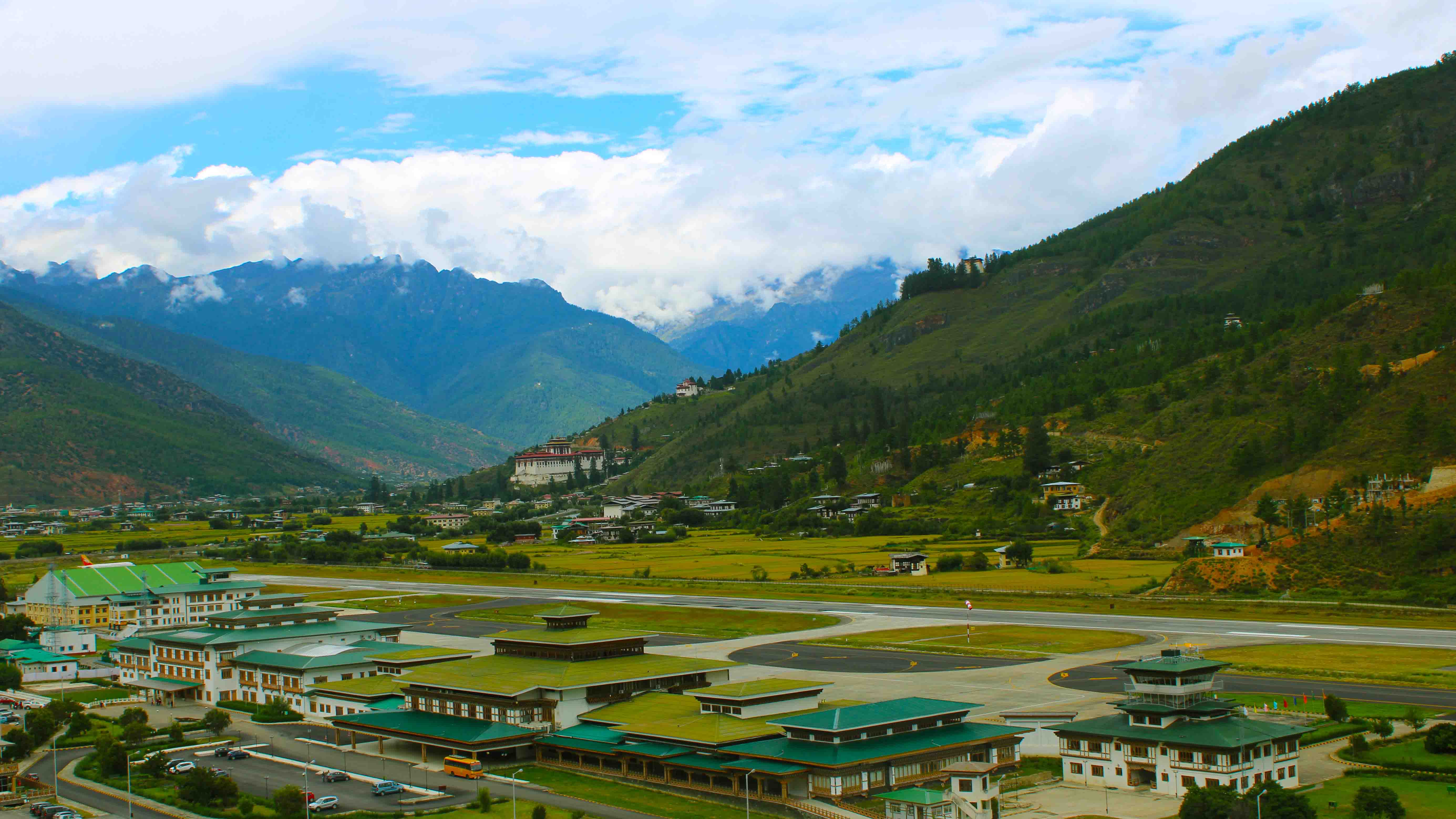 Bhutan, a country embedded between the world’s economic giants, India and China, is a small Himalayan kingdom. It is especially known for its carbon negativity and gross national happiness index. For someone visiting this beautiful country, spending a few days in Paro is a must, especially if they wish to experience the real Bhutan.

Paro is a beautiful valley located in the west of the capital of Bhutan, Thimphu. Located above 2,200 meters above sea level, the weather ranges from warm summers to cold dry winters. In the north of Paro lies the international Sino-Bhutan border and is home to some of the mysterious high Himalayan mountains.

There are many reasons why someone cannot miss visiting Paro if their bucket list directs them to visit Bhutan. In this post, I am going to share some of the most worth-visiting sites in Paro.

Bhutan’s only international airport is in Paro. It is located along the bank of the perennial river, Paro Chhu, and is approximately six kilometers away from Paro main town. Due to its geographical location, it is said to be among the world’s most challenging airports.

If you fly in one of Bhutan’s airplanes (DrukAir or Bhutan Airlines) or choose to fly in chartered helicopter services provided by Royal Bhutan Helicopter Services Limited, you will get a breathtaking view of the beautiful Paro Valley and mountain peaks, which no one has attempted to conquer.

Popularly known as Paro Taktshang, Taktshang Palphug Monastery is one of the most visited Buddhist pilgrimage sites located in the Himalayan Range. Taktshang, which translates to tiger’s nest in Dzongkha, Bhutan’s national language, is known to the Western World as Tiger’s Nest.

Clinging on the glorious cliffs, it stands at 3120 meters above the sea level in the upper valley of Paro. To reach the site, it takes a 2-3 hour uphill trek through the shades of pine forests from the motorable road.

There are several legends that tell the history of this iconic site. According to one of them, Guru Rinpoche who meditated in one of the caves for three years is said to have come flying from Tibet riding a tigress. Guru Rinpoche is revered in Bhutan as the one who brought Buddha’s teaching to Bhutan for the first time.

Loved by both international and local visitors for its exquisite location and sacredness, it is close to the heart of Bhutan as its gem.

Hundreds of visitors from over the globe visit Paro Taktshang every day to celebrate its beauty and sacredness.

Paro Ta Dzong, initially built as a watchtower to protect from foreign attacks, was renovated to house the finest works of Bhutanese art under the command of His Majesty Jigme Dorji Wangchuck, the Third Hereditary Monarch of Bhutan. It was built during the reign of Tenzin Drugdra, the first Paro Penlop (Governor).

The galleries in the museum house armory used during the wars, fine metal works, historic inscriptions, coin collections, and many other artistic masterpieces that depict the history of Bhutan.

Kyichu Lhakhang is another sacred Buddhist site visited by hundreds of tourists every day. It is situated in a place known as Lango, a few kilometers away (5-10 minutes drive) from the main town of Paro.

Kyichu Lhakhang houses a giant Jowo Jamba statue from the 7th century. Next to the main temple is the Guru Lhakhang, which houses very scared statues and chortens that contain the ashes of Dilgo Khentse Rinpoche, who was not only an honorable Buddhist master but also the spiritual teacher of the Queen Mother.

The temples also house sacred Buddhist arts including wall paintings and other artifacts. If you are an art lover or a Buddhist on pilgrimage, these arts will surely amaze you. Around the temple, you will notice people of all ages walking and spinning prayer wheels; mostly elderly chanting mantras and tourists trying their best to take the best pictures.

The temple is surrounded by beautiful flower gardens and fruit trees. Don’t miss the magical orange trees – these trees bear fruits all year round.

If you are thinking of experiencing rural Bhutan by trekking, pin Bumdrak Monastery in your bucket list. If you happen to travel there with a tour operator, it will possibly be a part of a several days’ trekking itinerary.

If you are an artist, don’t forget to take your painting gear – I bet you will love painting amidst the pristine mountains.