Did you know that Alexandra David Neel was the first European woman to reach Tibet’s forbidden capital?

She is best known for her daring journey to Lhasa over the Trans-Himalayas in midwinter 1924. She was a French opera singer who became an explorer, anarchist, spiritualist, and Buddhist, and who wrote over thirty books. She travelled extensively in India, China, and Tibet, and was even permitted to question the Dalai Lama about Buddhism. After her many years of stay in Tibet she came to Sikkim and visited Lachen and from their she went towards the cave which is near Lachen where she stayed in a cave and meditate for many years.

David Neel’s Cave is one such interesting cave in Lachen which is not explored by many people. This cave has a historical and religious significance. 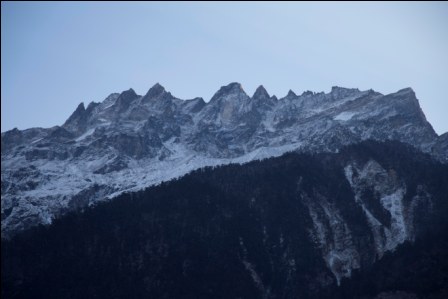